In recognition of his Sacrifices and Contributions for Pakistan 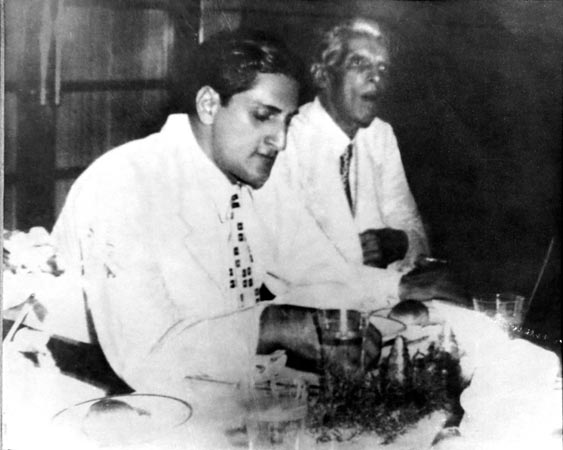 The 26th Day of November marks the death anniversary of a valiant leader Mr Rafi Butt who dedicated all his wealth and faculties for furtherance of the cause of Muslims of the sub-continent. His memory is a story of self-sacrificing commitment and unconditional acquiescence to the mission of one’s leader. An inspiring saga of a young entrepreneur who believed in the responsibility that came with power, money and freedom. His steadfast unconditional support for Quaid e Azam laid the foundation of the Economy of Pakistan. Mr Rafi Butt is among those unsung heroes who chose a torrid path in hard times bore difficulties and made sacrifices for a cause greater than him. I believe that hard times don’t carve heroes rather challenges just reveal the hero within us. Legacy of heroes hold secrets of statecraft hence forethought demands that we honor our heroes, follow their footsteps and pursue their vision as our own.

Mr. Rafi Butt was one such vibrant industrialist, statesman and visionary who not only found strength and endured in the face of overwhelming obstacles but also inspired others to do so. He never succumbed to problems and predicaments rather cherished them as opportunities and possibilities. Born in an honorable lineage in 1909 Mr. Rafi Butt started his career as a young industrialist at the tender age of sixteen year because sudden death of his father and through his sheer commitment and incomparable business acumen he immediately became an astounding success. It speaks volumes of his business intelligence and astuteness that he flourished in times when Hindus dominated trade and industry and he was among a handful of young Muslim businessman who made their mark. His contemporaries believe his accomplishments can also be attributed to his personality. He was a well-dressed tall handsome vibrant man with good humor and a pleasant demeanor. He was a trustworthy friend and a straightforward upright businessman. His ever smiling presence was cherished by friends and foes alike.

Quaid e Azam; the father of the nation had a very astute perception of identifying resolute, loyal and gifted comrades. Quaid visited Mr. Rafi Butts flourishing industrial complex; “Ghulam Nabi & Sons” in December 1942 which marked the beginning of a revered and meaningful association. Mr. Rafi Butt was truly captivated by Quaid’s personality and he assured him of his full cooperation both in terms of time and currency. Quaid on the other hand was a complete statesman and he realized not only did the budding Muslim League require funds to compete against the fierce adversary Congress but also needed young talented entrepreneurs in future to uplift the Muslim community. So it was a mutual assent to becoming partners in the struggle towards the same objective; the quest for freedom and the betterment of the Muslims of India.

This promise was further fortified when Quaid visited Mr. Rafi Butt’s factory for a dinner and Mr. Rafi Butt gave a generous donation for the Muslim league and reiterated his promise to forever be by Quaid’s side against all odds. Mr. Rafi Butt hosted meetings of eminent Muslim journalists and distinguished politicians to provide them a platform to discuss important political issues and devise future strategies. The importance of these meetings cannot be denied as they were the breeding places of thoughts and ideas that were ultimately responsible for the metamorphosis of political theory of the Muslim League. Another unforgettable contribution of Mr. Rafi Butt was his support for the Pakistan Times under the auspices of the Muslim League where he was member of its Board of Governors. Mr. Rafi Butt stayed away from active politics which was another noble decision as his contributions as an industrialist and entrepreneur were far greater and valuable in providing jobs and socioeconomic uplift of Muslims.

The closeness and depth of the relationship of Quaid e Azam with Mr. Rafi Butt can be seamlessly perceived from the Jinnah Rafi correspondence; a collection of letter exchanged between them. Quaid as we know him was a very pragmatic statesman who would not waste a second of his precious time communicating with someone he considered unworthy of it. He would many a times reply a long script with a single brief sentence but in case of letters from Mr. Rafi Butt his responses are equally intense, captivating and passionate. Not only did they deliberate on future strategy and plan of action but also discussed team building. Mr Rafi Butt suggested names of people like Sir Maratab Ali of Lahore, Shiekh Sadiq Hasan of Amritsar and Mian Naseer Ahmed of Lyallpur for jump starting the economic and social uplift of Muslims in Punjab.

I find two letters very fascinating from the Jinnah Rafi correspondence. In the first letter Mr. Rafi Butt raises apprehensions regarding delegations of Indian Industrialists or Hindu Sympathizers and Congress supporters who would intensify anti-Muslim propaganda among American and British citizens. Mr. Rafi Butt is therefore acting as the eyes and ears on ground for the Quaid effectively communicating a threat and also assuring his total support to counteract this menace. Quaid in response acknowledges his apprehension and appreciates his support. The second interesting engagement in correspondence is the discussion on establishing an English Daily which was a dire necessity in the struggle for freedom if the Muslims wished to make their voice heard before their English rulers at the time. Once again Mr. Rafi Butt not only strengthened Quaid’s resolve on the issue but also offered his whole hearted support on the commercial side and vowed to raise the Daily on solid financial foundation using all his connections in the business world and his financial experience. Quaid’s response is equally heartfelt as he trusts Mr. Rafi Butt with securing premises for the endeavor and also acquiring the necessary machinery.

As time went by, the leader and his comrades marched alongside each other surpassing one obstacle after another supporting each other with utmost dedication, unflinching resolve and Godly efficiency until finally Pakistan was carved on the map of the World against all odds. Although the creation of Pakistan was a setback in business for Mr. Rafi Butt as his business was spread all across India however, it did not bring any regret to him as he had merged his vision and dreams with those of his leader. Unfortunately, soon after, in November 1948, the budding new state and his young family lost him when they needed him the most. His flight from Karachi to Lahore crashed near Vehari and there were no survivors. Had the great Quaid being alive at that point in time he would have properly acknowledged the achievements and contributions of his young companion in a befitting manner. A man who was appointed as member of the All India Muslim League Planning Committee before partition and Vice President of the West Pakistan Muslim Chamber of Commerce passed away at the age of 39 only. A man of extraordinary business acumen and a true patriot at heart; it was a great loss for his family and Pakistan.

In times like these when Pakistan is at a cross roads of a new horizon as CPEC is gaining momentum and new opportunities are knocking at our doors, I wish to draw lessons from the life of Mr. Rafi Butt who truly believed that real freedom comes from economic stability and independence. Visionaries like Mr. Rafi Butt teach us that success comes from perseverance and persistence against heavy odds. This article is a humble dedication to Mr. Rafi Butt as we celebrate his memories, honor his contributions and promise to strive towards progress and prosperity of Pakistan.