Pakistan’s first digital Coke Fest 2020 comes to a grand conclusion with more than 2 million viewers from 40 plus countries! 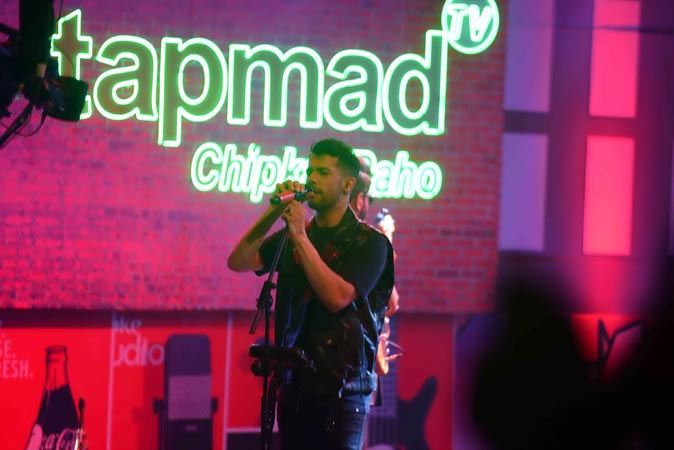 In a proud moment for the country, Pakistan’s first ever LIVE digital music festival, Coke Fest 2020, presented by Patari and Tapmad, attracted more than 2 million digital viewers with a global audience from over 40 countries experiencing young and new Pakistani music.

Indeed, with four festival stages and a studio cameo from London, a new platform has truly arrived in the country, providing much needed opportunity to the young and promising talent of Pakistan to showcase themselves in front of a global audience. While the spread of Covid-19 posed a complete halt to organizing LIVE events or large public gatherings, Coca-Cola had the vision to onboard a concept brought to them by Zarlasht Faisal, CEO of Patari – a popular online music streaming platform in Pakistan, and Yassir Pasha of Tapmad – Pakistan’s leading on-demand video streaming platform, to create a unique and disruptive virtual experience offering engagement, musical performances and much more as a two-way interactive experience. In order to drive this, the teams engaged a first-of-its-kind digital eco-system; from live food deliveries by FoodPanda to live dissemination of merchandise by Bykea all the while bringing the best of the ideas together for a truly unique experience. Coke Fest 2020 was directed LIVE by Amaan Ahmed, from Uncut Studios.

This electrical performance by the young rappers was followed by a captivating display from the pop sensation, Shamoon Ismail, who performed six original tracks, Karachi, Taare, Khayaal, Marijuana, Tuntuna. Magic

This electrical performance by the young rappers was followed by a captivating display from the pop sensation, Shamoon Ismail, who performed six original tracks,

The night was concluded by Ali Noor as he showed his range and versatility through a powerpacked performance with songs including,

These performances, set across multiple stages in the Coke Fest arena, were streamed LIVE on Tapmad for the local and global audience. Day 1 featured performances by the rock band E-Sharp ft. Alicia Diaz

This was followed by a power pack performance from Punjabi rapper

The night ended with a scintillating set from the EDM outfit SomeWhatSuper who lit up the stage with the energetic ‘Pakistaniyat’.

Music lovers who want to revisit the excitement or those who missed the LIVE streams, the audio of all three days is exclusively available on

Patari.pk and the Patari app which can be downloaded from https://bit.ly/2UWC9Eo. The video highlights of the festival are also available on

#CokeFest2020, for many years has brought together Pakistan’s two biggest passions; music and food.

#CokeFest2020 has a long history of inviting music lovers to celebrate their love for music and food by hosting a number of upcoming artists and restaurateurs forming a winning combination. However, redefining the real experience and taking it to the virtual space with the same oomph and zest was the need of the hour. With big names like Coca-Cola Pakistan, Patari and Tapmad all coming together promising a first-of-its-kind interactive digital event – expectations are bound to skyrocket and set a new standard of experiencing entertainment in the new normal.