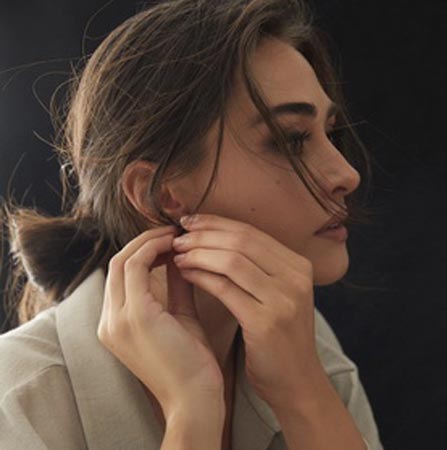 Turkish actress Esra Bilgic aka Halime Sultan shared another mesmerising snap of herself with a sweet caption.

Taking to Instagram, the Ertugrul famed actress posted her new picture to wow fans with her simple beauty. Esra also penned a meaningful words that she seemingly follows herself to look ravishing.

In the photo, the charming actress looks gorgeous as she rocks a perfect hairdo with several shorter strands her face to elevate her beauty.

Esra, who won hearts with her role as Halime Sultan in historical Turkish series Dirilis: Ertugrul, wrote: ‘The more simple we are, the more complete we become.’

The leading Turkish star is the epitome of beauty and her glam always attracts massive applause from her fans.

Esra Bilgic has become a huge name in Pakistan soon after the broadcast of ‘Dirilis: Ertugrul’ on PTV.

The Turkish beauty is winning hearts with her unmatched acting skills in new season of Turkish drama ‘Ramo’.