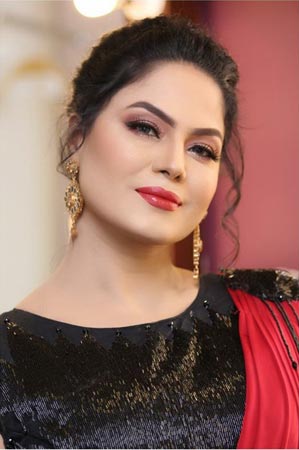 Actress Veena Malik has offered her former husband Asad Khattak to meet with their children. Veena’s lawyer claims that Asad has not responded to the offer yet. According to media reports, Veena’s legal adviser Advocate Tanveer Khokar has contacted Asad and told him that if he is ready to support the children, he can meet them in person, but, Asad is yet to respond to the offer. Tanveer Khokar said in a statement that he and his client are trying to amicably resolve the issue, respecting both the law and ethics. Asad Khattak has a legal responsibility to support his children but in my personal opinion, he cares more about wealth than his children. Otherwise, he would have never remained silent for three years, he added. Earlier, actress Veena Malik had filed a petition against her ex-husband with the Federal Investigation Agency Cyber Crime Wing, claiming that a campaign was being run against her on social media. She asked for action against immorality, blackmail and false accusations.