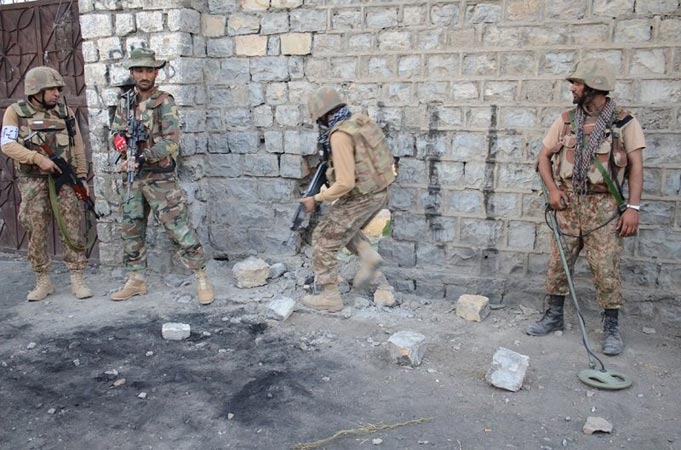 The Pakistan Army, during an operation in Khyber Pakhtunkhwa’s Bajaur district, killed two commanders of a RAW-sponsored terrorist network, the military’s media wing said late night on Monday. “A major terrorist network has been neutralised as security forces conducted IBO [intelligence-based operation] on a hideout near village Tangi, Bajaur district,” the Inter-Services Public Relations (ISPR) said, and added that two terrorist commanders — identified as Zubair and Aziz Ur Rehman alias Fida — were killed during close encounter.

According to the Pakistan Army, the two and their network were involved in terrorist activities in Bajaur and Karachi. “They were involved in a number of terrorist incidents against LEAs, government officials and innocent civilians,” the ISPR added.

“The network was coordinating terrorist activities in various areas of Pakistan and receiving direct orders from their RAW-sponsored leadership from across the border,” it said.