Joe Biden to nominate Antony Blinken as secretary of state 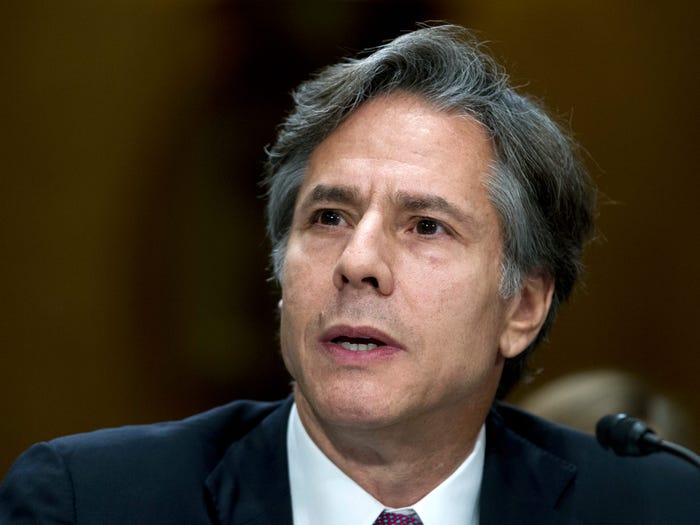 Biden’s rollout of cabinet names was his biggest step yet signaling he is ready to change America’s direction on January 20. The list put out by Biden’s team ahead of a formal announcement demonstrated a push to bring back the US role of a leader in multilateral alliances, in contrast to Trump’s “America first” regime.

The incoming foreign affairs chief is also inheriting a deeply demoralized and depleted career workforce at the State Department, after Trump’s two appointees, Rex Tillerson and Mike Pompeo, carried out the administration’s plans to gut the agency, which were only slowed down by congressional intervention.

This allowed the department to escape massive proposed cuts of more than 30% in its budget for three consecutive years, but it still saw significant number of departures from its senior and rising mid-level ranks, as many diplomats opted to retire or leave the foreign service given limited prospects for advancements under Trump’s government.

Many of Biden’s cabinet picks will require confirmation in the Senate, where Republicans hold a narrow majority, although this would change if Democrats score an upset victory in two Georgia Senate runoff elections.

A graduate of Harvard University and Columbia Law School and a longtime Democratic foreign policy presence, Blinken has aligned himself with numerous former senior national security officials who have called for a major reinvestment in American diplomacy and renewed emphasis on global engagement.

Blinken served on the National Security Council during the Clinton administration before becoming staff director for the Senate Foreign Relations Committee when Biden was chair of the panel.