From hope to agony, what’s left of the Arab Spring? 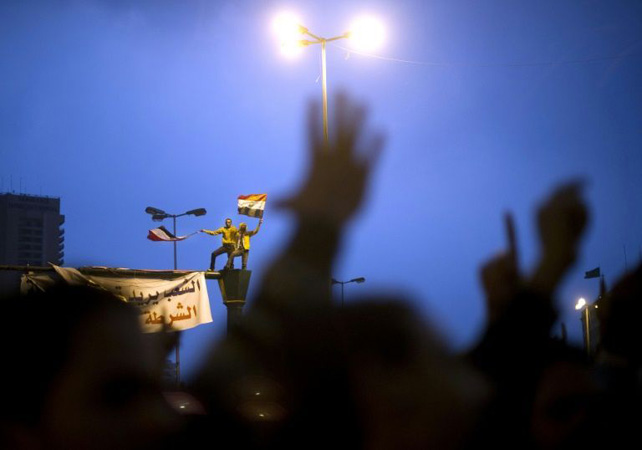 Ten years ago, a wildfire of revolts in the Arab world touched off an unlikely series of events that swelled, then dashed many hopes, and irrevocably changed the region.

From the quickfire collapse of seemingly invincible regimes to the rise and fall of a jihadist caliphate in its heart, the Middle East hurtled through the 21st century’s second decade in a state of relentless upheaval.

The chain of uprisings that shook the region from late 2010 and was soon dubbed the “Arab Spring” led to disparate long-term outcomes, with many countries today looking worse off.

The popular protests that erupted in Tunisia, Egypt, Libya and Yemen a decade ago were followed by disappointing reforms at best, dictatorial backlash or all-out conflict at worst.

Yet the spirit of the revolts is far from dead, as evidenced by the second wave of uprisings that caught on in Sudan, Algeria, Iraq and Lebanon eight years later.

Something “in the fabric of reality itself” has changed since then, said Lina Mounzer, a Lebanese author and translator whose family has roots in both Egypt and Syria.

“I don’t know that there is anything more moving or noble than a people demanding a life of dignity in a single voice,” she added.

“It proves that such a thing is possible, that people can revolt against the worst despots, that there is enough courage in people standing and working together to face down entire armies.”

It all started on December 17, 2010 when a young street vendor, goaded by years of police harassment, doused himself with fuel in front of the governor’s office in the central Tunisian town of Sidi Bouzid and set himself on fire.

Mohamed Bouazizi’s was not the first self-immolation in the region, or even in Tunisia, but it sparked a rage never seen before. Nor was his story caught on camera — but it went viral nonetheless.

By the time Bouazizi died of his wounds on January 4, the protest movement against President Zine El Abidine Ben Ali, who had been in power for 23 years, had spread to the entire country.

Ten days later, Ben Ali was forced to flee to Saudi Arabia. Within weeks, pro-democracy protests broke out in Egypt, Libya and Yemen.

It was when the rage spilled into the streets of Cairo, the region’s largest city and its historical political crucible, that the contagion earned its “Arab Spring” moniker.

Hundreds of thousands of people took to the streets in Egypt to shout their democratic aspirations and demand the removal of Hosni Mubarak, president since 1981.

It’s hard to overstate the sense of hope and euphoria that these images projected across the region and the rest of the world.

“Look at the streets of Egypt tonight; this is what hope looks like,” celebrated Egyptian author Ahdaf Soueif wrote in The Guardian at the time.

The voice of the people was rising as one, not just in one country but across the region, toppling some of the planet’s most entrenched dictatorships.

One sentence that will go down as the slogan of the Arab Spring rippled across the region: “Al-shaab yureed isqat al-nizam” — Arabic for “The people want the downfall of the regime”.

These words were both a primal scream giving courage to a generation that never knew it had so much and a kind of incantation that, if repeated long enough, would miraculously free the people.

A new paradigm was being born for the Middle East with the realisation that its tyrants were not ten foot tall and that change could come from within.

Author Lina Mounzer remembers how the early days shattered the sense of “Arab defeat” that weighed on two generations after the death of Egypt’s Gamal Abdel Nasser and his pan-Arab nationalistic project.

“There was a sense that we Arabs were somehow too lazy and tired to rise up against oppression, that we accepted the rule of dictators and despots because we were fundamentally flawed, or else had been shaped into beasts of burden by colonialism and Western meddling,” she told AFP.

The unthinkable happened on February 11, 2011, when it was announced that Mubarak was resigning.

“The night that Mubarak fell I cried with joy. I couldn’t believe how brave and beautiful were the Egyptian people. It seemed like the dawn of a new era,” Mounzer recalled.

“And then, Syria. If I thought I was happy for Egypt, surprised by Egypt, I was ecstatic for Syria… It felt like my parents’ Arab nationalist dreams were finally being realised… through the force and will of the people themselves.”

Six months before being murdered in Istanbul, Saudi author and dissident Jamal Khashoggi argued the revolts once and for all put paid to the notion that Arabs and democracy were a mismatch.

“The debate about the relationship between Islam and democracy conclusively ended with the coming of the Arab Spring,” he said in a 2018 speech.

The five of them combined a whopping 146 years of rule, not counting Saleh’s 12 years as president of North Yemen before the country’s unification in 1990.

For a while, the collapse of the region’s autocracies looked unstoppable.

Yet the term “Arab Spring” itself, which started appearing in late January 2011, is seldom used in Arab countries — where the words for uprising and revolution are preferred — and has since been criticised as a misnomer.

Noah Feldman’s 2019 book on the subject is entitled “Arab Winter”, a catchphrase that started being used almost immediately after the phrase “Arab Spring” caught on.

In a cover blurb for the book, prominent academic Michael Ignatieff says it highlights “one of the most important events of our time: the tragic failure of the Arab Spring”.

The vacuum created by the downfall of reviled regimes was not filled by the democratic reforms protesters had been calling for, instead in many cases turmoil ensued.

In Egypt, a brief and exhilarating experience in self-rule was soon soured by brutal police repression.

In 2012, Egyptians elected Mohammed Morsi, an Islamist whose programme was met with fierce opposition from part of the protest camp, paving the way for a 2013 coup by the defence minister.

Retired general Abdel Fattah al-Sisi is still in power today and his rule is arguably more autocratic than Mubarak’s ever was. The disappointment within the original protest camp was bitter. Ahdaf Soueif’s hope from the heady days of February 2011 now seems a long-faded mirage.

“I never imagined that my nephew, Alaa Abd el-Fattah, would still be in prison today,” she told AFP. “Or that poverty would be at an all-time high… or that Egypt, for the first time in its history, should become a land its young want to leave.”

In Bahrain, the only Gulf monarchy to experience mass protests, the uprising was brutally quashed with the help of Saudi Arabia, which preempted any revolutionary inclinations on its own soil with massive cash handouts.

Protests in civil war-scarred Algeria did not catch on, those in Morocco were doused with cosmetic reforms and repression through the courts.