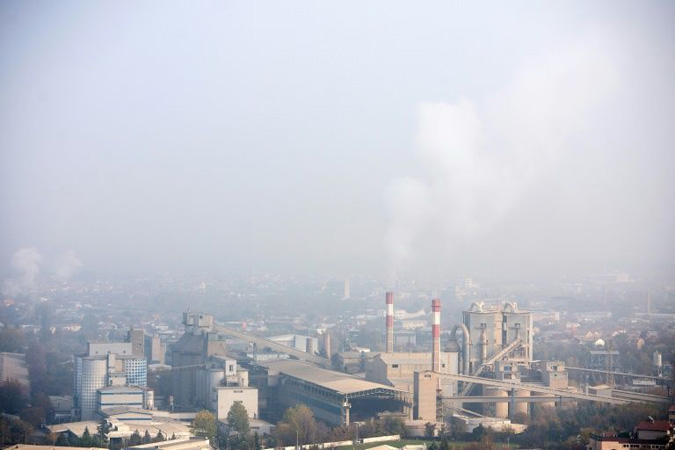 Lockdowns may have temporarily cleared up the skies above big cities this year but experts warn that air pollution remains a Covid-19 threat multiplier, as well a health hazard that will far outlast the pandemic.

As governments ordered temporary confinement measures to battle multiple virus waves, several studies have charted a marked increase in air quality in the US, China, and Europe.

In Spain, for example, levels of atmospheric nitrous oxide (NO2) — associated with a host of lung conditions — plummeted 62 percent during the spring lockdown period. France and Italy saw falls of 52 and 48 percent, respectively, according to the European Environment Agency.

Since air pollution kills roughly seven million worldwide people each year, such falls are bound to have prevented deaths. Paola Crippa, assistant professor at Notre Dame’s Department of Civil and Environmental Engineering and Earth Sciences, told AFP that lockdowns probably prevented around 2,190 air pollution-linked deaths in Europe and 24,200 in China.

“When we consider the long-term effect too — avoided chronic respiratory problems, cardiovascular diseases, lung cancers and ischaemic heart diseases because of lower levels of air pollution — the number of averted fatalities is much larger,” she said.

In Europe, as many as 29,000 long-term air pollution fatalities may have been averted, she said, with up to 287,000 in China. Lauri Myllyvirta, lead analyst at the Centre for Research on Energy and Clean Air (CREA), said that unless there is an immediate rebound in pollution levels, populations would benefit long term from the cleaner lockdown air.

“The long-term exposure of pretty much everyone in Europe would have been reduced because much less fossil fuels were burned in 2020,” he told AFP.

The lives saved by cleaner air are all the proof campaigners need to continue to push for better air quality regulation going forward, even and especially once the pandemic ends. But there is a more pressing reason to act, according to research. One study published recently in the journal Cardiovascular Research found that long-term exposure to fine PM2.5 particulate matter could be linked to a 15 percent higher risk of dying from Covid-19. In east Asia, that figure is closer to 30 percent, the study found. This is because the novel coronavirus and PM2.5 both cause severe lung conditions, so one compounds the other in patients sick with Covid-19. “They do the same thing: the vasculature inflammation in the lungs, secondary pneumonia, hypertension and also triggering (heart attacks) and heart failure,” Thomas Munzel, from the University of Mainz’s Centre for Cardiology, told AFP.