With the end of crisis programs, US Fed faces a tricky transition 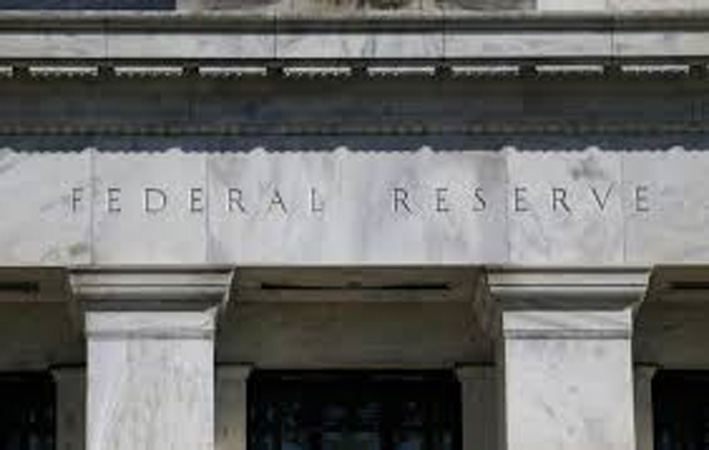 The possible arrival of a coronavirus vaccine in the coming weeks means the Federal Reserve may soon have to lay out its plans for helping the economy navigate the potentially choppy transition to a post-pandemic world. At issue for the US central bank is how to manage the switch from crisis policies meant to keep everyone afloat to a changing economy where firms and families may struggle to adapt and a new run of business failures may be unavoidable. Two recent developments have accelerated the onset of that next stage of the Fed’s debate: US Treasury Secretary Steven Mnuchin’s surprise decision last week to end several of the central bank’s emergency programs at the end of next month and recent progress toward a coronavirus vaccine. The changing landscape may prompt Fed policymakers at their Dec. 15-16 meeting to describe in more detail their plans for the coming months. It likely means firmer promises about the pace and type of government bond purchases, or quantitative easing, that the Fed will use to keep borrowing costs low, analysts said. That would serve as some substitute for the more targeted emergency programs that are lapsing next month, and also prepare the ground for the arrival of a vaccine, a development likely to push market interest rates higher as confidence returns and the outlook improves. Even on its own, Mnuchin’s decision to let several Fed emergency programs expire next month “will tighten financial conditions … at the wrong moment,” said Krishna Guha, vice president of Evercore ISI. “One side-effect is that it increases the likelihood that the (Federal Open Market Committee) will strengthen QE in December,” he said, referring to the Fed’s policy-setting committee.

Options on that front includes changing the mix of government bonds that the Fed buys each month, increasing the current $120 billion in bonds being purchased, or both. With the looming end of the crisis programs, purchases of government bonds are now the main lever the Fed can pull to change credit conditions. The purchases are thought to hold down broader borrowing costs through several channels, encouraging families and businesses to finance large purchases like homes and cars, and supporting stock and other asset prices influenced by interest rates on government bonds. The emergency programs were more tailored, designed for example to ensure corporations could sell private bonds to raise money at reasonable rates, that cities and states had operating cash, and even allowing small businesses to get loans financed mostly by the Fed. They were not meant to be permanent. But Fed officials also were not ready to pull the plug just yet on programs that consumed extensive amounts of staff time to create and were envisioned as part of a financial bridge to the day when the health crisis was resolved. It hasn’t been yet. Vaccine deployment may take months, and as it stands states are again imposing restrictions on business to fight a record resurgence of infections and a spike in deaths. More than 255,000 people have died from COVID-19 in the United States.

But the eventual return to “normal” will likely involve its reckoning after months of rolling lockdowns, widespread public fear, and a reshaping of how people shop, work and live. Firms nursed through the crisis by federal government grants or cheap Fed credit may find their businesses don’t bounce back to normal even as vaccinations make a full reopening of the economy safe. Many will be left with record levels of corporate debt that may become hard to service. For individuals and households, those involved in lagging industries or less-in-demand occupations may need extended periods to retrain and find a new foothold. The Fed, which cut interest rates this year to help bolster the economy, has already pledged to keep rates low and financial conditions loose until workers find their way back to jobs and the country reaches “maximum employment.” How long that process takes will be determined by just how deeply the months of quarantine and uncertainty have changed the economy, a front-and-centre issue for the Fed as it decides how to manage the end of the crisis response and the first efforts to define what “normal” now means. Jason Thomas, head of global research at the Carlyle Group, said that just as 2020 was the year central banks “ensured that all but the most underwater businesses would remain liquid,” 2021 will be the year some are left to sink as households and firms either snap back to old spending patterns or stick with new ones that leave, for example, hotels, airlines and commercial office buildings hobbled for the long run. “The Fed sees this and they have to start to think, we are creating a circumstance where businesses that would have otherwise failed are allowed to remain open,” a logical response during a pandemic, but unhealthy for the economy in the long run, Thomas said.