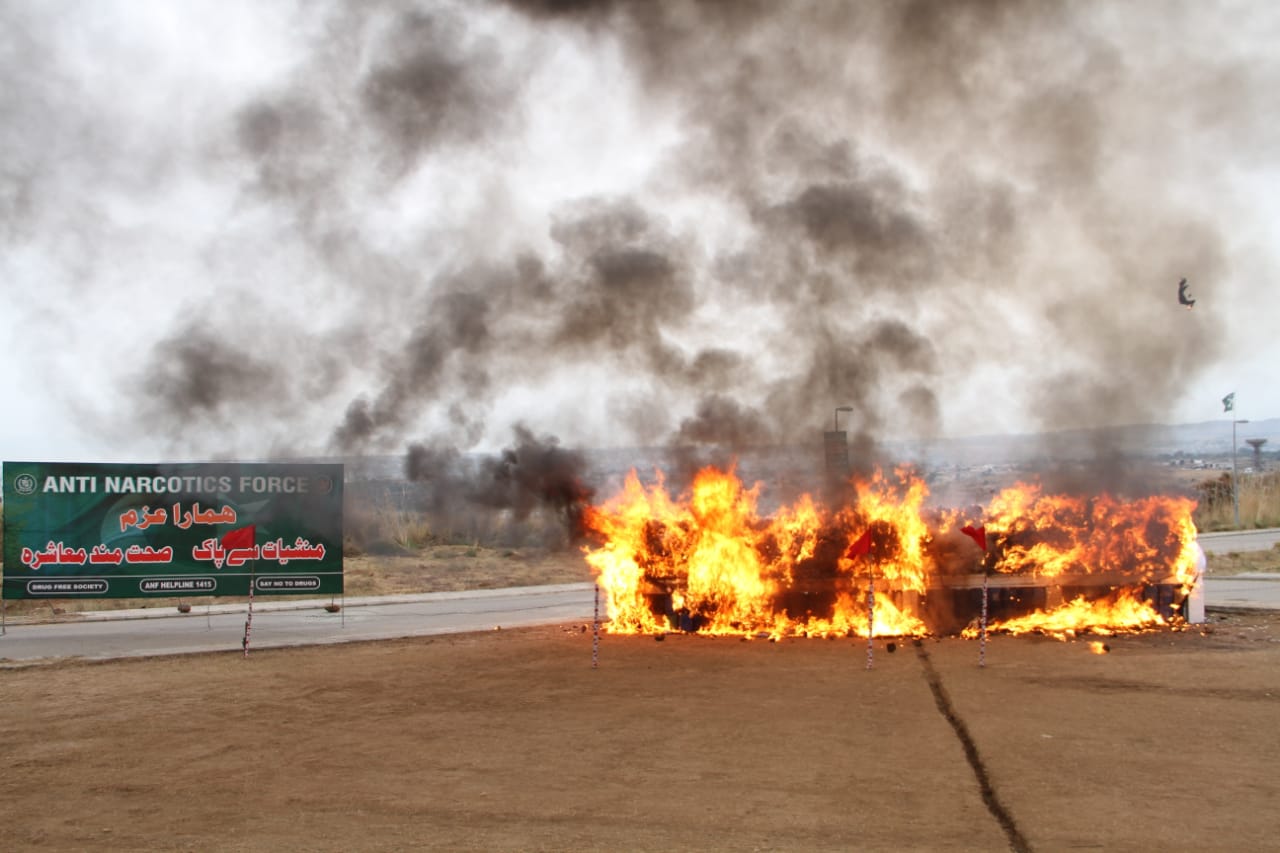 Sports Organization, Celebrities, Sports Star, Media Persons and Students from different Educational Institutions. While addressing the occasion, Director General ANF Major General Muhammad Arif Malik,HI(M) said that menace of narcotics is not only a curse, bit is one of the most damaging and life threatening feature for humanity and highlighted that no signal country or organization can fight against drugs independently, it is a shared responsibility both at global and domestic level.

He added that this region produces over 90% of the world’s opiates which puts Pakistan in double jeopardy of being a victim as well as a transit country due to efforts of ANF Pakistan is enjoying status of poppy Free State since 2001 as per standers of UNODC.

This aspect has between greatly admitted at various International Forums. He added that this year ANF has launched Nation Wide “Anti Drug Campaigns” in various cities, with special focus on the Educational Institutions. ANF is striving for its absolute elimination to achieve the goal of “Drug Free Society” and vigorously executing its assigned tasks with utmost dedication and determination.

He further added, ANF is a leading Anti Narcotics Law Enforcement Agency of Pakistan through small in size, yet it executes the assigned mission with full commitment edication and conviction. ANF has been playing a leading role in mass awareness and community participation programme to educate the people against drug abuse.

While addressing the occasion, the Chief Guest, Mr. Muhammad Azam Khan Swati Federal Minister for Narcotics Control stated that Pakistan is facing both internal and external threats and under such circumstances, drug crime is badly affecting our society. Hence it is mandatory to tackle this menace with Irion hands. He added that National Anti Narcotics Policy promulgated in Feb 2019, takes into account the global and regional narcotics drugs environments, the issue of drug smuggling and illicit diversion of precursor chemicals.

Federal Minister lauded ANF’s achievements and its role as a specialized force in combating trafficking of illicit drugs at national, regional and global level. ANF is rendering extraordinary endeavors to counter drug trafficking at national and international level. He added that Law Enforcement Agencies alone, cannot effectively counter the deadly and life-threatening effects of drug abuse in our society and urge all segments of society to play their role in eradicating the menace of drugs from our society.

He added and assured his all out support to ANF for addressing the inadequacies of the force to tackle the menace more vigorously.