Islamabad Traffic Police (ITP) fined 6,468 vehicles over wrong parking during ongoing year and also impounded most of them in police stations creating problems in smooth flow of traffic. 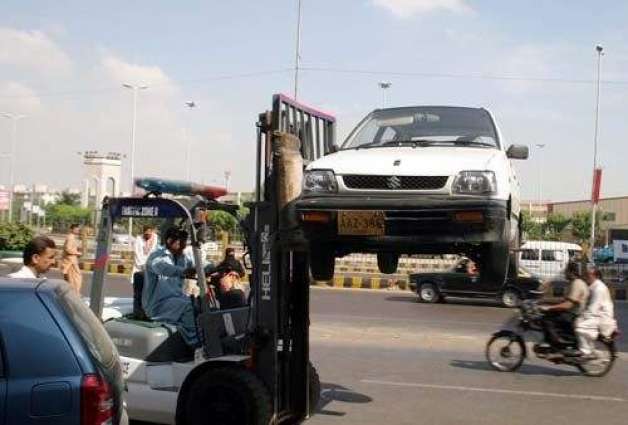 According to details, Senior Superintendent of Police (Traffic) Farrukh Rasheed reviewed arrangements to ensure smooth flow of traffic in the city. He was told that 6,468 vehicles were fined during current year for involvement in wrong parking.

The SSP directed all Zonal DSPs to ensure implementation on traffic laws through courteous attitude with citizens. He said that policy of `Phele Salam- Phir Kala’ should be adopted and people to be politely briefed about raffic laws.

The SSP (Traffic) said that it is the right of pedestrian to use footpath and no parking would be allowed there. He said that vehicles should be parked at lots specified at shopping centers while awareness campaign has been also launched to educate those citizens coming for shopping activities there.

The SSP (Traffic) Farrukh Rasheed said that it is our top priority to ensure convenience for road users by maintaining traffic discipline and every possible effort would be made for the purpose.