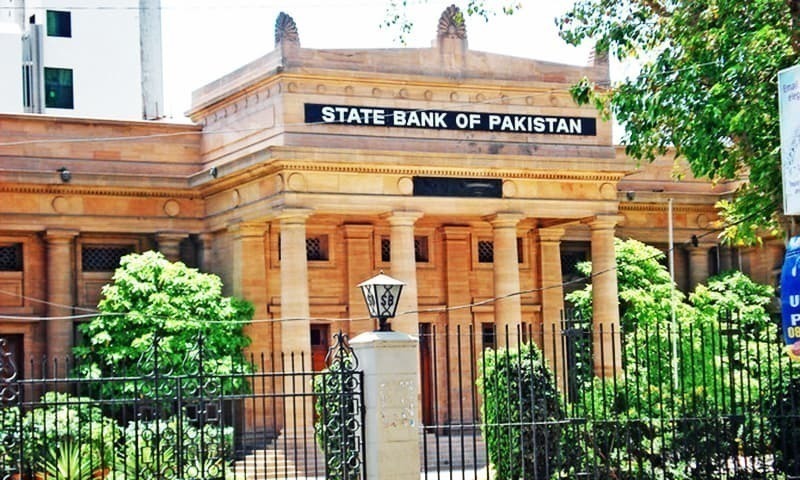 The State Bank of Pakistan kept the main policy rate unchanged at 7 per cent, a statement by the central bank said on Monday, adding that the risks to the outlook for both growth and inflation appeared balanced.

The statement said that the monetary policy committee (MPC), which met on Monday, “noted that since the last meeting in September, the domestic recovery has gradually gained traction, in line with expectations for growth of slightly above 2pc in FY21, and business sentiment has improved further”.

The bank also noted that the spike in Covid-19 cases “presents considerable downside risks”. At the same time, however, it pointed out that there was “encouraging news” regarding the development of a vaccine even though its international supply will take time.

Inflation mainly due to an increase in food prices has risen, the statement said. It added that the increase in prices was due to supply pressure, which was expected to be temporary and “average inflation is expected to fall within the previously announced range of 7-9pc for FY21”.

The central bank said that given the broadly unchanged outlook for growth and inflation, the existing stance of monetary policy was appropriate to support the nascent recovery while keeping inflation expectations well-anchored and maintaining financial stability.

The committee said that the “lagged effects of the significant fiscal, monetary and credit stimulus injected during the pandemic should continue to shore up growth in coming quarters”.

The SBP said that the large scale manufacturing (LSM) expanded by 4.8pc year-on-year in the first quarter of FY21. Nine out of 15 major manufacturing sectors have shown gains, including textiles, food and beverages, petroleum products, paper and board, pharmaceuticals, chemicals, cement, fertiliser, and rubber products, it said.

Commenting on the agriculture sector, the central bank said that “the impact of the expected decline in cotton production is likely to be offset by growth in other major crops and higher wheat production due to the rise in support prices and recently announced subsidies on fertilisers and pesticides.”

Speaking to Dawn.com, Syed Atif Zafar, Chief Economist at Topline Securities, said: “The SBP has maintained the policy rate at seven per cent, highlighting that risks to the outlook for both growth and inflation appear balanced.”

On June 25, the SBP had decided to slash the country’s policy rate by 100 points to 7pc, the fifth time since the coronavirus pandemic hit the global economy, with the total reduction being 625 basis points.

At the time, the SBP had said that the decision was taken in light of the improved inflation outlook, “while the domestic economic downslide continues and downside risks to growth have increased”.

It was the fifth rate cut since the coronavirus pandemic hit the global economy, with the total reduction being 625 basis points.