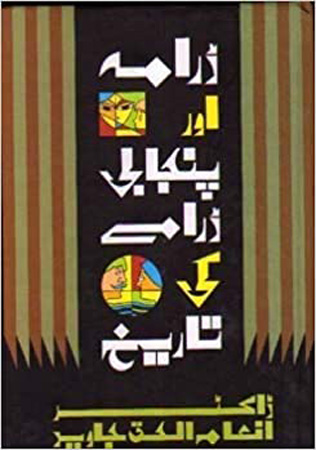 Dr Inamul Haq Javeid is Faisalabadi by birth, where he was born on June 06, 1949.

His ancestors had migrated to Faisalabad from Amritsar. He is double Masters; Urdu and Punjabi from Punjab University, Lahore. He obtained PhD in Punjabi. His dissertation under the guidance of Dr. Waheed Qureshi was on the topic ‘Punjabi Adab Da Irteqa’ (the development of Punjabi Literature).

Dr. Inam’s parental ancestors used to get contracts for fruit gardens in Dadeyal. Maternal side was into education. His father Ghulam Hussain worked for Military Police Department. Mother Basheeran Begum was a conscientious housewife and a social worker. His grandmother was a religious lady with interest in literature. She used to teach Quran to her village children in her Haveli. Inam ul Haq Javed travelled with his father where ever he was posted. He was raised in Quetta when his father was posted there but he got his primary education in Army Kindergarten School in Dera Ismail Khan. He matriculated from Government High School No. 01. In 1964, he passed FA from Government College, DI Khan. The family returned to Faisalabad when his father got retired. He graduated from Government College, Faisalabad. He was the eighth student to get doctorate from Punjab University. Inam is married to Yasmeen, the only daughter of famous poet Fazal uddin alias Anjum Roomani and has only one son Hassan Javed.

Apart from lot of work carried out in Urdu language, both in serious and humourous poetry, Dr. Inam’s work in Punjabi language is also enormous in poetry and prose, the reason for writing this piece on him.

His contributions in Punjabi are also as rich as those in Urdu, both in poetry and prose.

This compilation is that of humourous Punjabi poetry published by Dost Publications, Islamabad in 2011. This book is dedicated to Dr. Amanullah Khan, President International Punjabi Congress. This is the first proper compilation of Punjabi humour in poetic format by Dr. Inam in which he explains that he was doing alright as a serious poet but his four-liner in CDA Mushaira stamped him as a humourous poet, especially after acclaim by Ataul Haq Qasmi, Syed Zameer Jafri and Anwar Masood. He became not only a poet but also an organizer of Mushairas. He claims that serious poetry is for one’s beloved and humourous for one’s wife. One of his stanzas is ‘Bahar Bhanvain December Di Thand Howe Mere Ander Di Duniya Ch June Hunda Aei/ Sadde Ghal Ghal Jadon Main Thak Jaana Ohde Wallon Phair Ik Telephone Hunda Aei’ (In the cold December winters my inside burns like in June. I send so many messages, only then I receive on phone call).

This book comprises serious Punjabi poetry published by Dost Publications, Islamabad in 2014. Late Dr. Anwar Sadeed has commented that this book reminded him having traces of Nazeer Akbarabadi in Dr. Inam. Both knew how to reach the pulse of masses. In the editorial Dr. Inam admits that Punjabi being parochial language is a big language. He argues that in Urdu language sometimes one sacrifices the thought contents due to finding right vocabulary to fulfill the rhyme restrictions. On the contrary saying poetry in Punjabi one has the flow of words like water flowing in a river. He says:

We shall first explore his works in Punjabi language.

The preface has been written by Ahmad Nadim Qasmi. He wrote that Inam was writer of both Urdu and Punjabi languages.

Lately he had diverted his attention towards research and criticism. The magnitude of contents of Parkhan surprised Qasmi. If Inam’s research on Punjabi poets from the beginning to Younus Ahqar and Zahid Fakhri covers a large span of time, then one should expect from Dr. Inam a volume each on all the poets. Inam’s language is that of daily use. Nowhere is it seen as if he is trying to impress the readers by heavy or outdated vocabulary. His expression is frank and honest and his criticism is mellow in language. This book is Writers Guild Award winning book.

This title was the topic of Dr. Inam’s doctoral thesis. In 1990 Pakistan Academy of Letters published it. The introduction to this book explores which types of Punjabi literature were more used in 1988. The reasons of those types which were not popular were also explored and it was found out as to what were the social issues that were making these types unacceptable at that time.

The history of Punjabi literature is divided into four portions; the first one giving the background, the second one concentrating on novel, short story, drama, travelogue, Inshaiya and research and criticism, the third one reserved for Naat, Marsia, Ghazal and Geet and lesser important types of literature and fourth one deals with humour, satire, translations and Pakistaniat. This book mentions almost all writers giving each a proper place and status after proper analysis and has highlighted the role each writer played in the development of their selected type of literature. Proper bibliography is given of the books the author has made use of. This 561 pages book in Punjabi is dedicated to Dr. Waheed Qureshi and Dr. Shahbaz Malik who taught Inam the art of research. He believes that literature is free from the incarceration of time. Quality literature creates its impact everywhere because it is representative of basic values, thoughts and emotions. These factors differ in their intensity due to people at one place being different from those at the other place. Then time and place and the trends, religious or otherwise, sociopolitical influence play their part. Generally, one has to see as to what was the overall trend in a particular era. Dr. Inam has done this gigantic task for the period 1947 to 2003.

This book has been set keeping in mind its usefulness of BA students. It was published by Adabistan Publishers, Lahore in 1979. Editors include Shahbaz Malik, Khalid Lahori and Muhammad Asif Khan. Dr. Inam has carried out analyses and criticism on the included stories which are:

Written in English this book discusses the role of Punjabi poets and their poetry in the backdrop of Pakistan Movement and its creation. It highlights how they sided with Quaid-e-Azam in the creation of our homeland. The book also includes Punjabi poetry of these poets with English translations.

Written in Urdu, this book is Dr. Inam’s work in criticism. He wrote this book on the desire of Ahmad Daud when Dr. Khalid Saeed Butt was in-charge of National Council of the Arts in Islamabad. This book was published by this organization and Dr. Inam was given Jam Cash Work Award by the government of Punjab. This was his third book in research and criticism. The book was written in Urdu language. His previous two books were also award winning books. The book Parkhan received Writers Guild Award and Punjabi Adab Da Irteqa received Warris Shah Award from the government of Punjab. He got manuscripts from Arts Council and TV Center during his bi-monthly visits to Lahore. Dr. Shahbaz Malik, Dr. Riaz Majeed, Muhammad Asif Khan, Sibtul Hassan Zaigham, Punjabi Darbar and Punj Darya used to provide him old manuscripts from where dramas that had been published. Hence he had access to this material. He would also use his links in the other cities. He also visited regularly the script section of PTV Station, Chaklala just to acquire Baqi Siddiqui’s Punjabi drama ‘Akhian Waale’. He also studied many other books in English and Urdu on this subject such that no aspects remained out of his sight.

First part of the book covers advent of drama, its craft and affiliated techniques. The second part dealt with Radio, TV, and Stage, educational and poetic drama. The third part discusses drama written in Gurmukhi script before the creation of Pakistan, Urdu script drama till 1984, PTV and Punjab Arts Council’s Punjabi plays till 1984, and some books written on Punjabi Drama beyond 1985. At places Dr. Inam has reproduced some dialogues of main scenes.

This voluminous book comprising 333 pages is a compilation of essays written on the contribution of Sufi poets by various writers on all the major Punjabi Sufi poets.

It happens that if an artist or a writer gets popularity in one type of art, he is labeled as an expert in that form of art. The same is the case with Dr. Inam as he is a very popular poet and presenter of humourous poetry. His contributions in serious poetry and prose thus go in the backburner. Before going ahead with Dr. Inam’s contributions in serious Punjabi poetry we shall talk a little on the history of Punjabi poetry.

Going back a little in the history of Punjabi poetry one finds its traces in the poetry of Nath Jogis. This type with pierced ears created lot of Punjabi literature. Punjabi language became rich. Punjabi literature by the name of Gorakh Bani has been published. Dr. Mohan Singh has mentioned Amir Khusrow’s name in the initial names in Punjabi literature. His creation ‘Khusrow Khan Di Aalop Vaar’ as mentioned by Takhluq Shah is not traceable. Proceeding ahead one finds poetry in Nazaari Ismaili Peers. Such Peers from the thirteenth to the twentieth centuries are known as ‘Sat Punthi” (those who followed the path of truth). They spoke in Sindhi, Gujrati, Hindi, Punjabi and Multani languages.

The holy book of Sikhs Aadmi Garanth comprises poetry of 43 Bhagats, Sants and Sufis. This era is from thirteenth to seventeenth century. Prior to Baba Guru Nanak many Muslim poets wrote in Punjabi. Whereas Hindus opted for Sant Bhasha Muslims opted for Punjabi under influence of Persian and Arabic. If we mention classical Sufi poets then Baba Farid, he is the first Punjabi poet followed by Shah Hussain, Sultan Bahu, Warris Shah, Hashim Shah, Maulvi Ghulam Rasul, and Mian Muhammad Bukhsh. They propagated human friendship and equality in the era when the cast system of old era of Aryans was gaining strength again.

British came and left due to masses struggle for freedom but left behind the bureaucracy and incapable leaders. This huge number encouraged utopian mentality and did not encourage scientific approach and advised to live in the past. Even in Pakistan, the fruits of independence did not reach the masses. On this situation Dr. Inam writes ‘Pani Muk Gaya Aei Khala Othe Hi Aei/Kache Kothe Da Parnala Othe Hi Aei/Ainwein Halki Jahi Tabdeeli Aai Aei/Baqi Sara Aal Dual Othe Hi Aei’ (Nullah is still there but without water. Drain pipe on mud roof is still there. There is only a little change otherwise the entire neighbourhood is the same). Any disagreement with the Rulers by the sensitive people was considered as crime as now instead of white British, black British became the rulers. Dr. Inam said ‘Gore Osse Thaan Tei Kaale Othe Hi Nain/Jehre Jithe Si O Haale Othe Hi Nain/ Rani Khan Dei Saare Saale Othe Hi Nain/Ais Wasti Dei Rakhwale Sab Othe Hi Nain’ (White and blacks are still there. Raani Khan’s all brothers in law are still there. The so-called custodians of this dwelling are still there).

Dr. Inam ul Haq Javeid has been a government servant for most of his life, one of the reasons that one does not see him the rallies in support of Punjabi given its due rights. His writings and poetry raise voices against this injustice. Some of the poetry mentioned above supports this point of view.