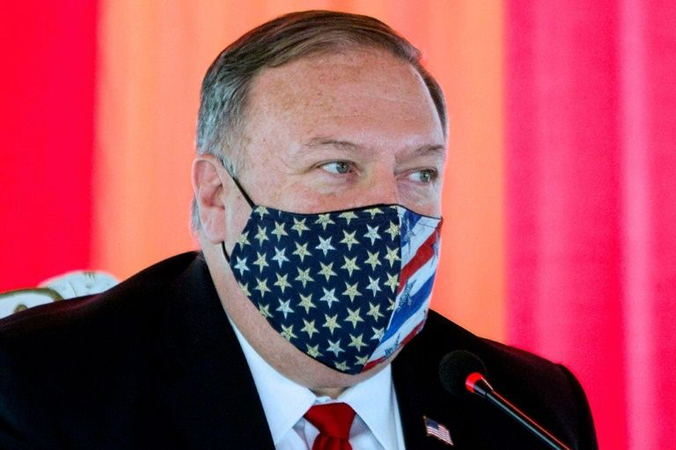 The Taliban and the Afghan government have inched closer towards starting formal negotiations after they resolved differences over a code of conduct, sources aware of the discussions in Qatar said on Sunday.

Two Taliban officials have reported “progress” but refused to offer more comments as they would wait for issuing a formal statement by both sides about the end to a stalemate.

Sources said that the government team has agreed to accept the Taliban demand that the talks would be held in accordance with the Doha agreement signed by the Taliban and the US in February.

Representatives of the Taliban and the government opened talks in Qatar on Sept 12 but both sides have failed to reach an understanding on the working principles in more than two months.

The Taliban insisted the Doha agreement must serve as the basis for the talks. But the Afghan government team opposed the proposal and argued that Kabul was not part of the agreement and both sides should hold talks on their own terms.

Afghan government’s negotiators say if the Taliban insist on the Doha agreement, then Kabul also wants a declaration signed by the Afghan government with the US and NATO in Kabul on February 29, the same day when the Taliban and the US signed the agreement in Doha, should be the basis for the talks.

Some Afghan officials also want decisions of the ‘Loya Jirga’ or grand assembly should also be considered in the talks that had allowed President Ashraf Ghani to release 400 Taliban prisoners that the Afghan government considered ‘dangerous’ in early August that had paved the way for the start of the intra-Afghan negotiations.

“A formal announcement about the progress would be announced after the return of Masoom Stanekzai, head of the government’s negotiation team to Qatar,” a source told Daily Times from Qatar.

Stanekzai had arrived in Kabul last week to apprise the leadership about the progress in the talks, according to Afghan media.

“Now we will start discussions on the agena that will be the second phase of the negotiations,” the source said.

On Saturday, US Secretary of State Mike Pompeo met with Taliban Political Deputy and Head of the Political Office Mullah Baradar and members of the Taliban negotiating team in Doha.

Principal Deputy Spokesperson Cale Brown said Secretary Pompeo commended both sides for continuing to negotiate and for the progress they have made.

“He (Pompeo) called for a significant reduction in violence and encouraged expedited discussions on a political roadmap and a permanent and comprehensive ceasefire,” Brown said.

Secretary Pompeo reiterated that the people of Afghanistan expect and deserve to live in peace and security after 40 years of war and bloodshed.

In his meeting with the Afghanistan’s negotiating team Secretary Pompeo and the negotiators discussed ways to reduce violence, and he encouraged expedited discussions on a political roadmap and a permanent and comprehensive ceasefire.

Secretary Pompeo reiterated that the people of Afghanistan expect and deserve to live in peace and security after 40 years of war and bloodshed.

Taliban spokesman Mohammad Naeem during the meeting, the importance of the agreement signed between the two sides and commitment to it were discussed.

Likewise, the removal from the Blacklist, the liberation of remaining prisoners and the topics related to Intra-Afghan negotiations were talked about.

Pompeo earlier met Qatari leaders at a time when sources privy to the negotiations in Qatar said that the Taliban and the government negotiation team have removed differences over the finalization of a code of conduct.

Both sides had been involved in talks since Sept 12 to decide a code of conduct for the formal negotiations. The Taliban wanted the talks to be held under the Doha agreement.

Meanwhile, the Taliban have lashed out at Afghan President Ashraf Ghani over his recent remarks in which he urged the UN not to remove the Taliban leaders from the sanction list.

“The Islamic Emirate has made it abundantly clear that the head of the Kabul administration has no intention for peace and any progress we have had in this regard is due to pressure exerted by foreign parties,” a Taliban statement said.

“These irresponsible pleas of Ashraf Ghani at this critical juncture of the peace process indicates that they are still seeking to create obstacles for peace, set up the process for failure and take positions contrary to the spirit of dialogue and reconciliation,” the statement said a day after Mr Ghani spoke to a UN meeting via video conference.

The statement said Ghani’s demand not only demonstrates the “grudge held by Ashraf Ghani but even before this, the deputies of Kabul administration and numerous other officials have also sought to sabotage the ongoing negotiations process and create domestic and foreign impediments for progress.”