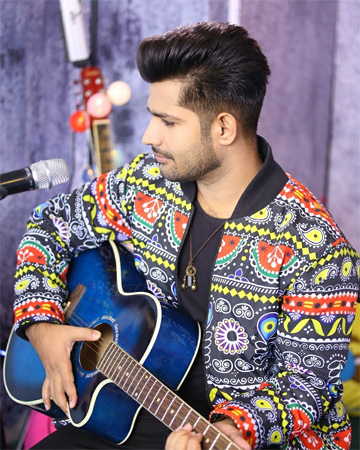 From the Thal desert to the lush green plains of South and central Punjab, the pluvial Potohar and across the borders, his voice has been echoing from every nook and corner of the country.

Through his inimitable style of singing, this young, energetic, dynamic and lively singing sensation is giving a unique genre of touch to the folk music of Punjab, ruling over the hearts of thousands of Punjabi music lovers in a short span of time.

Meet Tahir Abbas whose vocals are mixture of the pathos and exceptional sweetness complemented by immortal melodies. His songs are played over and over again and his fan following coupled with the likes and sharing of his recently released a Punjabi cover song “Aiwein Rusya Na Kr.” 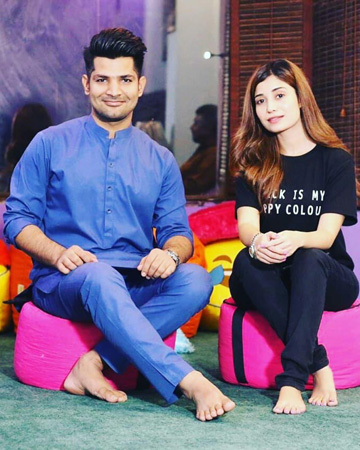 It was produced in collaboration with Bizz Music and Rafeel Ijaz accompanied the duet, which had millions hits in merely couple of days after being released on social media platforms.

Having done Master’s in Philosophy from University of the Punjab, Tahir Abbas has been the most revered music and drama teacher at the leading institutions. His passion for Punjabi music took him from south Punjab heartland to Karachi and gained Degree in Music from Karachi Arts Council with distinction.

Being the lone torch-bearer of carrying the legacy of legendary Punjabi singers, Tahir Abbas has recently launched his much-awaited Album of Funk Folk. The first song of the Album is “Multan” in which Rafeel Ijaz female singer joined the course and which is the literal tribute to the land of Sufis Multan. Tahir Abbas and his team received a wonderful rousing reception on the launch of this song in Multan couple of weeks back.

Another song of the Album namely “Motorway” has been released on the Youtube channel of Tahir Abbas which enlightening and little sarcastically depicts the politics, country’s conditions, attitudes of the peoples, love and passion for the sacrifice. Another singing prodigy Elizabeth Roy, who has won millions hearts while singing in the Coke Studio, is the duet singer in this much-responded song.

The third song of the Album namely “Pyaar” was released on November 7, 2020 on the Youtube channel of Tahir Abbas, which created ripples among the heart and minds of the Punjabi and folk lovers.

The Fourth and final song of the album is “Inkaar” is scheduled to be released by end November on the Youtube channel of Tahir Abbas, featuring young energetic female singer Afifa Butt.

“I have an unwavering passion for the promotion of Punjabi folk music. I want to take it to new heights through my vocals,” says Tahir Abbas, adding that he is already humbled with the acceptance, love and respect by his followers and music lovers.

Tahir Abbas has already won millions hearts through the spell of his voice as he is producing hit songs and albums which are becoming an instant hit as he is a composer also, who is weaving his personal experiences into his lyrics.

Tahir Abbas is a wonderful addition to the sweetest singing voice of Punjab. He is naturally gifted with a crystal clear melodious voice that haunts us with its overwhelming emotional power. With an unparalleled command on Sur, his singing is effortless, usually the hallmark of a great folk singer. He is comfortable both with studio recording as well as live concert, a quality rarely found among vocalists. He enthralled masses as well the connoisseurs.

About live performance, Tahir Abbas says: “A live audience fuels me like nothing else and I really live to be on stage. It is as important as oxygen. It’s a very emotional thing to be on stage and to make people happy and to get them to give you that love in return.”

Tahir Abbas says that he doesn’t consider herself as just a singer but a storyteller. He interprets songs like they are part of a larger narrative and his job is to find an emotion, a mood and a whole colour palette in which he can stay in.

Asked if she has a special connection to Punjabi music, he said: “Absolutely, that’s where my roots are, that’s the kind of music that I like.” Tahir Abbas says: “It’s his deep-rooted love for Punjabi folk music.” Tahir Abbas is a magician who can kill with his voice and his singing is so powerful that his words resounded without the microphone.