* ‘Hats off to Will Smith for apologising for what he did to Janet Huberts career/life when he was young," she wrote in a Thursday, Nov. 19 Instagram post 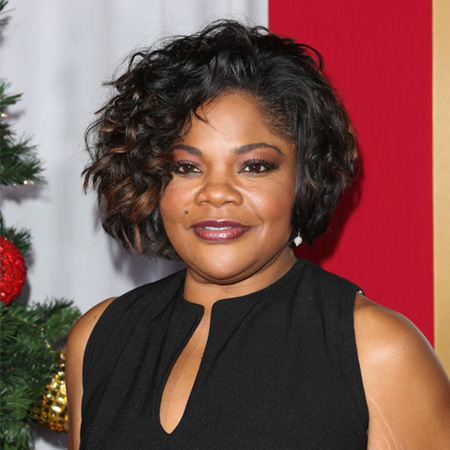 and Janet Hubert, the first actress to play his mother on the ’90s comedy series, make amends after decades of feuding. An act Mo’Nique is applauding—and one she hopes

Tyler Perry is taking note of.

“Hats off to Will Smith for apologizing for what he did to Janet Huberts career/life when he was young,” she wrote in a Thursday, Nov. 19 Instagram post. “Perhaps Tyler Perry, who has admitted in private that he was wrong will follow suit & be man enough to apologize in public like he promised. We’ll work on Oprah & Lions Gate a little later.”

Mo’Nique told her long-standing foe Tyler, with whom she has been feuding for a few years, “P.S. Tyler you won E! PEOPLES CHOICE AWARD for being the peoples champ for your body of work. Tell the truth about a women named Mo’Nique who did nothing wrong & be a champion for the individuals who supported your career for years….THE BLACK WOMEN…PLEASE SWIPE TO HEAR TYLER PERRY SAY IT WITH HIS OWN WORDS.”

Tyler and Oprah, who served as executive producers on Precious, have not commented on Mo’Nique’s remarks. The 52-year-old included in her post an audio recording of a man presumed to be Tyler calling her “brilliantly talented” and saying she should “have a lot more happening” since she won her Oscar for Precious in 2010. The date of the conversation is unclear.

Mo’Nique told her long-standing foe Tyler, with whom she has been feuding for a few years, ‘PS Tyler you won E! PEOPLES CHOICE AWARD for being the peoples champ for your body of work. Tell the truth about a women named Mo’Nique who did nothing wrong & be a champion for the individuals who supported your career for years….THE BLACK WOMEN…PLEASE SWIPE TO HEAR TYLER PERRY SAY IT WITH HIS OWN WORDS’

“I thought for sure that if you had campaigned and won it and played by their rules, what would have happened is in the Netflix deal, you would have gotten millions of dollars, then your career in film would have been much different,” the man said. “I believe that much in your talent.”

for alleged race and sex discrimination. She accused the company of low balling her on an offer to produce a comedy special. Netflix said in response, “We care deeply about inclusion, equity, and diversity and take any accusations of discrimination very seriously. We believe our opening offer to Mo’Nique was fair—which is why we will be fighting this lawsuit.” Mo’Nique has long said in interviews she was accused of being “difficult”

and criticized for not promoting Precious internationally. In 2015, she told the Hollywood Reporter

that Precious director Lee Daniels told her she was “blackballed” after her Oscar win because she “didn’t play the game.” Daniels denied saying this.

“There have been people that have said, ‘Mo’Nique, she can be difficult. Mo’Nique and her husband can be difficult,'” Mo’Nique told The Hollywood Reporter. “They could probably be right. One of the networks said to that I was ‘really difficult to work with.’ And I said, ‘Well, that’s funny, because I’ve never even worked with them, but OK.'”

In 2018, she released a secretly recorded phone conversation between herself and Tyler in which he said that things would have gone differently for her career had she played “the game.”

Mo’Nique has in the past acknowledged her refusal to accept this advice from him. In the phone call, he also said he planned to find out how much Precious made and send it to her.

It is unclear if the audio recordings Mo’Nique released on Thursday were from the same past phone conversation.

“Here’s the thing: He’s never done it. We had given Tyler Perry a year to keep his word,” Mo’Nique told

Vulture in 2019. “Brother, you said you were going to come out and say something. Well, you never came out and said anything. And what was disheartening was people who were saying, ‘How could you tape him?’ But, they weren’t saying, ‘Oh my God, did you hear what he said? He said she wasn’t wrong. He said he was going to say she wasn’t wrong.'”

Mo’Nique then made a plea to Tyler. “There was never any. We didn’t accept any money. We just said, ‘Tyler, clear my name. Give me back my reputation.’ No one’s ever heard of me being difficult, being a problem, being nothing, until this movie Precious came. Until Mo’Nique said some words that sound like no. Then it’s, ‘Oh my God, you’re a problem.'”

Mo’Nique has also feuded with Oprah for allegedly not defending her publicly. In February, the comedienne penned an open letter to the host and TV mogul on Instagram.

“You’ve watched me as a black woman, be accused of being difficult for not promoting Precious internationally for Lions Gate, at Lions Gate, Tyler Perry and your request, despite the fact my deal was with Lee Daniels Entertainment,” Mo’Nique wrote on Instagram. “How are you for black women when you hear Tyler on audio saying I was right and he was going to speak up but you or him still haven’t said a word?”

Mo’Nique said that she first met Winfrey at age 16 at the host’s show in Baltimore. “I told you I wanted to be just like you when I grew up,” Mo’Nique said. “You responded, ‘you have to work really really hard.’ My sixteen year old self didn’t know that you in your silence in the face of wrongdoing, would make my life ‘harder.'”

Oprah has not responded publicly to Mo’Nique’s comments.