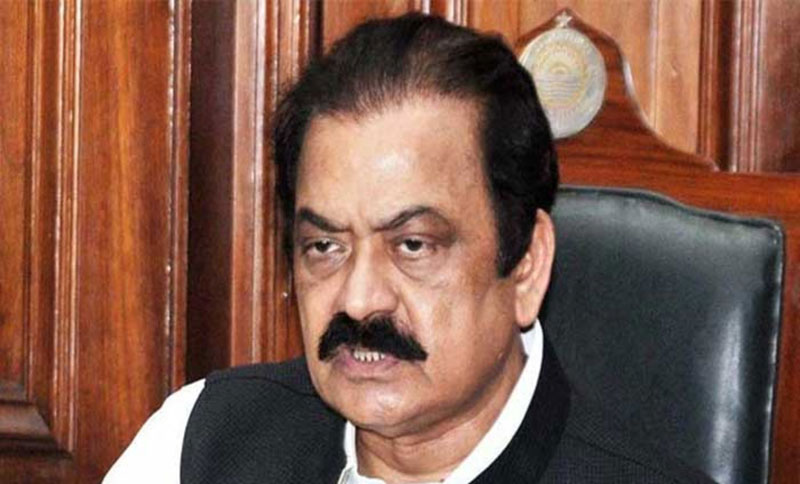 PML-N Punjab President Rana Sanaullah could not be indicted in the drugs smuggling case on Saturday as his lead counsel failed to appear in the court for being busy in the election process for Punjab Bar Council.

As a result, Shakir Hassan – the judge at a special court for control of narcotic substances which are commonly known as anti-narcotics courts – adjourned the hearing till December 5.

On the onset of proceedings, Farhad Ali Shah – one of the lawyers representing Rana Sana – informed the judge that Azam Nazir Tarar was unable to attend the hearing because of his engagements in connection with the Punjab Bar Council polls.

In his observations, the judge said the hearing was fixed for indictment and he should present arguments on behalf of the accused as he was too a serious lawyer with the power of attorney. However, Farhad said he could not do in without the approval of Tarar on a serious matter like an indictment.

Meanwhile, Rana Sana in his statement before the court that the ANF (Anti-Narcotics Force) a personal bag containing his clothes was found in the vehicle. “Either I would be sentenced in this case or Shehryar Afridi would be sentenced in this case,” he remarked while expressing the hope that the court was going to provide justice to him. The remarks about Afridi – the then minister of state for interior – came as he along with the ANF director-general at press conference had claimed that they would provide all the required evidence in the case.

Rana Sana was arrested on July 1 last year as he travelled from Faisalabad to Lahore near the Ravi Toll Plaza on motorway with a claim that the ANF seized 15 kilogramme of heroin from his vehicle.

He spent months in prison before the Lahore High Court granted him bail on December 24.

This case pertains to the period when Kamal served as the Karachi mayor after the introduction of new local government system by Pervez Musharraf during his years-long rule. He was accused of illegally allotting over 6,000-yard prime piece of land in Clifton.

But Kamal isn’t the lone accused as some others have also been indicted in the matter. Their names are: Iftikhar Qaimkhani, Mumtaz Haider, Irfan, Syed Nishat Ali, Dawood, Nazir Zardari, Rafique, Yaqoob and Fazl-ur-Rehman.

However, one of the accused – Zain Malik – is an absconder in the reference which was filed by the National Accountability Bureau (NAB) in June 2019.

They are accused of illegal allotment of the government plots causing a loss of Rs2.5 billion loss to the national exchequer.

Earlier this month, the court had deferred the indictment in the case as Kamal moved an application through his counsel before the accountability court-III judge, seeking exemption from the hearing for the day for he was not feeling well. The judge approved the request and adjourned the hearing till November 21, observing that the court would frame charges on the accused at the next hearing.

According to the National Accountability Bureau, the suspects were involved in selling off an amenity plot owned by the Karachi Metropolitan Corporation in the Clifton neighbourhood to a private builder to construct a high-rise. The plot, measuring over 6,632 square yards, situated between the Abdullah Shah Ghazi shrine and the Bagh Ibn-e-Qasim, was supposed to be given to sea-shell hawkers to set up stalls, according to NAB, however, it was illegally sold to the builders below the market price.

NAB maintained that Kamal approved the commercial status of the plot after which it was sold to the builders. It said the price of the plot was shown at Rs260 million while it actually valued more than Rs2.5 billion.

In the beginning, it added, the plot was divided into 198 stalls, to be handed over to hawkers, but no implementation was done on it. Later in 2007, the plot was amalgamated into one and sold off to builders, according to NAB which added that the whole process was illegal and neither the status of the plot could be changed nor a building higher than one-storey could be built on it. It said the suspects, using their influence, caused over Rs2 billion loss to the national exchequer.