Kapil Sharma to be a father again? 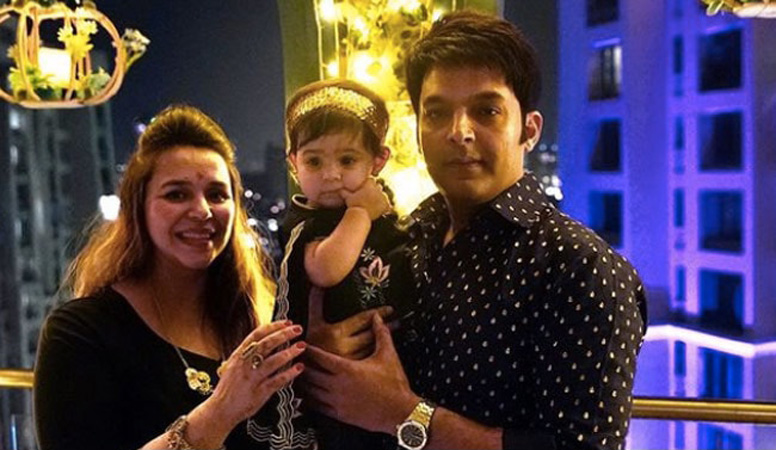 Ace comedian Kapil Sharma and wife Ginni Chatrath are reportedly expecting their second child. Speculation is rife that the adorable duo is about to welcome another baby. Although Kapil Sharma has not announced it officially, but pictures of Ginni from Karwa Chauth celebrations suggest she is preggers. Several pictures of Ginni Chatrath flaunting her baby bump have gone viral on the internet. Also, in a video shared by comedienne Bharti Singh on Karwa Chauth, a glimpse of Ginni Chatrath shows her with a baby bump. Kapil Sharma and wife Ginni Chatrath welcomed their bundle of joy, baby girl Anayra on December 10, 2019. And now reports suggest that the happy couple will be welcoming their second child early next year. Kapil is seen hosting his popular comedy show ‘The Kapil Sharma Show’ which also stars Krushna Abhishek, Bharti Singh, Kiku Sharda, Sumona and others.