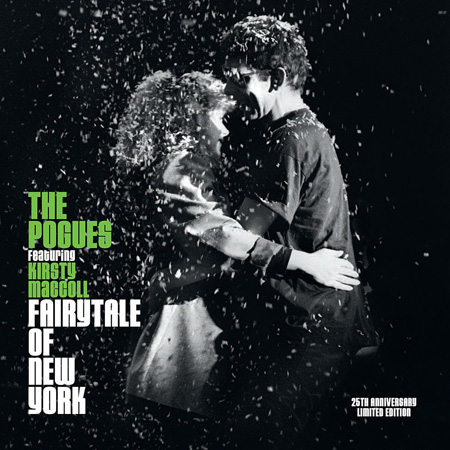 BBC Radio 1 will not play the original version of Fairytale of New York by The Pogues and Kirsty MacColl this Christmas, because its audience may be offended by some of the lyrics.

The station said young listeners were particularly sensitive to derogatory terms for gender and sexuality.

It will instead play an edited version with different lyrics sung by MacColl.

But the 1987 original will still be played on Radio 2, while 6 Music DJs can choose between the two versions.

A BBC spokesman said: “We know the song is considered a Christmas classic and we will continue to play it this year, with our radio stations choosing the version of the song most relevant for their audience.”

The duet is one of the most enduring Christmas pop songs, having returned to the UK top 20 every year since 2005.

Along with a string of other festive favourites, it is now rising the chart again, at 59 in the current midweek chart.

But Radio 1 has decided younger listeners who are unfamiliar with the track would find some of the words stark and not in line with what they would expect to hear on air.

The new edited version changes two lines – one swapped for an alternative version in which MacColl sings “You’re cheap and you’re haggard” in place of a homophobic slur.

MacColl sang the newly-added line on Top of the Pops in 1992.

She died in a boat accident in Mexico eight years later, at the age of 41.

The same wording was used by Ronan Keating and Moya Brennan in their 2000 cover version. When Ed Sheeran and Anne-Marie performed the song in Radio 1’s Live Lounge in 2017, she opted to call him a “cheap lousy blagger”.

In Radio 1’s newly-edited version, another line, sung by Shane MacGowan in the second verse, has a word removed entirely.

Radio 1 has played the song in its original form in recent years, but the insults contained in the lyrics, sung in the form of a blazing row between an alcoholic and a heroin addict, have long been criticised by some.

The track was censored by Radio 1 back in 2007, but that decision was swiftly reversed after an outcry by its fans.

Andy Parfitt, the station’s controller at the time, explained the U-turn by saying its audiences were “smart enough to distinguish between maliciousness and creative freedom”, and there was no “negative intent behind the use of the words”. Aled Haydn-Jones, who worked as producer of Chris Moyles’ breakfast show at the time, was made head of Radio 1 this June.

In 2018, MacGowan defended the song, explaining: “The word was used by the character because it fitted with the way she would speak and with her character. She is not supposed to be a nice person, or even a wholesome person.

“She is a woman of a certain generation at a certain time in history, and she is down on her luck and desperate. Her dialogue is as accurate as I could make it, but she is not intended to offend.