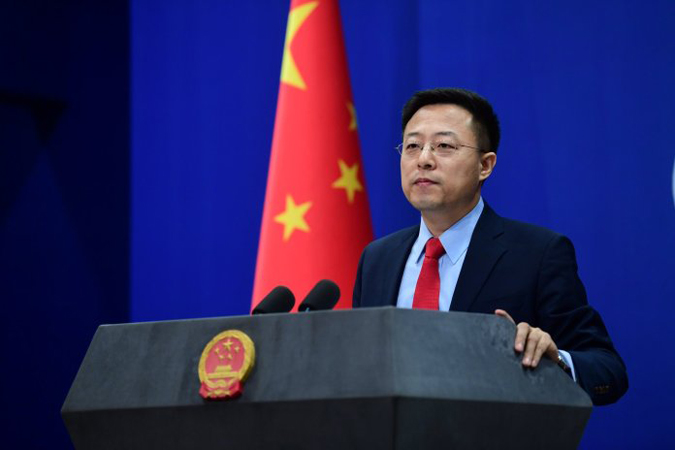 China on Friday threw its weight behind Pakistan and appreciated its efforts against terrorism days after Islamabad presented “irrefutable evidence” of Indian involvement in terror activities.

In a Tweet on Friday, Chinese Foreign Ministry Spokesman Lijian Zhao said, “China appreciates the positive contribution by Pakistan to the international counter-terrorism cause, firmly supports Pakistan in cracking down terrorist forces.” “Attempts that aim to sabotage #CPEC are doomed to fail,” he added.

The statement comes after Foreign Minister Shah Mahmood Qureshi and DG ISPR Major General Babar Iftikhar, in a joint media conference, last week categorically stated that India was sabotaging the China-Pakistan Economic Corridor (CPEC) and is supporting terrorism in Pakistan. The country’s top diplomat and the military spokesperson had also presented a dossier detailing India’s involvement in terror attacks in Pakistan during the media conference. Multiple video clips and audio clips, along with documents, were presented during the press conference of Indian handlers and terrorists communicating with each other and Indian intelligence handlers passing on instructions to terrorists in Pakistan.

On Monday, Islamabad had also briefed envoys of the permanent members of the United Nations Security Council (UNSC) about the dossier on state sponsored terrorism by New Delhi. The envoys were apprised of India’s involvement in planning, promoting, aiding, abetting, financing and execution of terrorist activities in Pakistan,” a statement issued by the Foreign Office had said. “The dossiers containing irrefutable evidence of India’s state sponsorship of terrorism against Pakistan were handed over to them,” it had added. The FO had also said Pakistan would continue to highlight India’s state sponsorship of terrorism and destabilising activities against Pakistan.