The news reports came a few days after social media carried speculation that the Al-Qaeda chief had passed away. Zawahiri was last seen in a video message that was released by the militant group on the 19th anniversary of the 9/11 attacks in the US.

Arab News stated in its report that it spoke to at least four security sources in Pakistan and Afghanistan – who spoke on condition of anonymity – out of which two confirmed Zawahiri’s death. An Al-Qaeda translator said Zawahiri had died last week in Ghazni. “He died of asthma because he had no formal treatment.”

A Pakistani official has been cited by Arab News as saying that he believed Zawahiri had died, most probably by natural causes. Another source close to the Al-Qaeda in Afghanistan said Zawahiri had died this month and that a few followers had offered his funeral prayers.

He did not elaborate as to whether the funeral prayers were offered in absentia or as his body was buried in the grave. “What we know is that he was having some breathing issues and has passed away somewhere in Afghanistan,” said the source.

“We have received the same information that Zawahiri died about a month ago,” a Pakistani source, privy to anti-terror operations in Afghanistan, reportedly told Arab News.

However, Arab News said it spoke to another Pakistani official who said that Zawahiri was in Afghanistan and had been “extremely ill” but said he was not aware whether the Al-Qaeda leader was dead or not. To my knowledge he was extremely ill and had the issue of kidney failure,” the intelligence official said. “He was unable to manage his dialysis but I still need to confirm if he has died.” 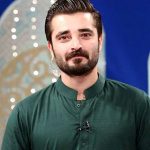 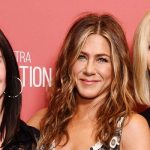