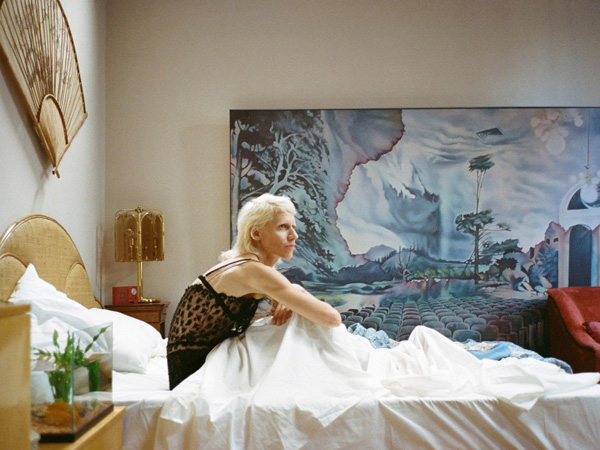 Gucci is revisiting 1960s handbags and other classics in its latest collection, mixing them with up-to-the-minute sneakers and logoed skateboards, as it seeks to reach a wider audience and reverse a fall in sales after years of stellar growth. With traditional fashion shows cancelled because of the coronavirus pandemic, designer Alessandro Michele teamed up with U.S. director Gus Van Sant to shoot a seven-part miniseries to show off his largely seasonless, gender-neutral creations. Gucci is showing the videos as a virtual fashion film festival, with a new instalment released daily over the course of this week. The films, which have a dream-like, retro quality with vintage cars and juke-boxes, follow a woman, played by Italian actress Silvia Calderoni, as she goes about her daily routine in Rome. They feature cameo appearances by celebrities close to the fashion house such as singers Billie Eilish and Harry Styles – all wearing Gucci creations, including re-editions of Michele’s designs from his first 2015 collection. The former One Direction singer has also created a buzz in the fashion world by appearing on the cover of a December edition of Vogue, clad in a Gucci ball gown.