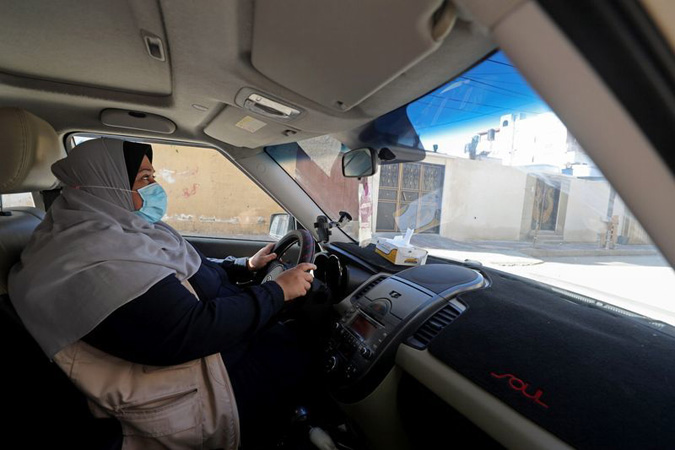 For Naela Abu Jibba, a mother of five who lives and works in the Gaza Strip, taking the road less travelled has become a way of life. The first woman taxi driver in the Islamist-run Palestinian territory, the 39-year-old has become a target of sexist jibes about her abilities behind the wheel – but they pale into irrelevance beside the gratitude of her all-female clientele.

“I get lots of offensive comments, but the encouraging comments are far greater,” she said. “Some say this is a job for men, others say we cause accidents, when the fact is, women are calmer and more careful drivers than men.”

Many of her passengers, who must book her service in advance, feel calmer too being driven by her than by men.

“When a woman exits a hair-dresser shop, going to a party dressed and wearing makeup she feels better riding with a woman,” Abu Jibba said. 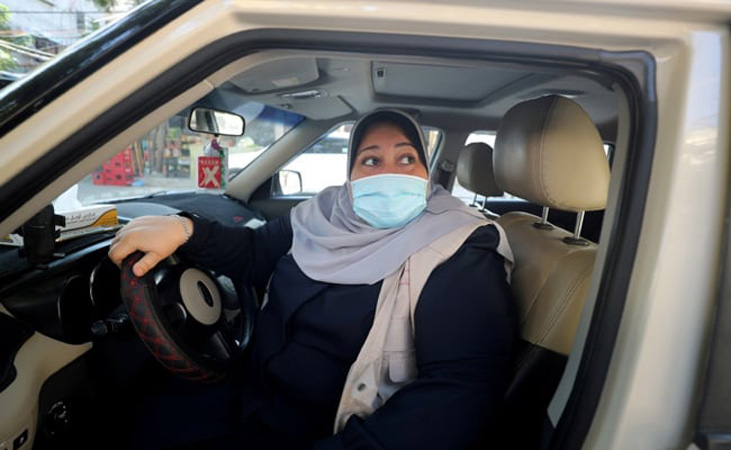 Abu Jibba, who has a degree in community service, started her taxi business after failing to find work. Gaza’s unemployment rate stands at 49%, with hardship deepened by border restrictions that Israel and Egypt, citing security concerns, have long maintained.

Wearing a headscarf and a COVID-19 mask, Abu Jibba drives an off-white Kia and wears a vest with her Al-Mukhtara taxi service’s livery.

Abu Jibba hopes to expand her business once the pandemic, which has caused Gaza residents to cut down on their travel and social activities, ends. The territory of two million people has reported more than 12,000 cases and 56 deaths. “My dream is to have an Al-Mukhtara fleet,” Abu Jibba said.