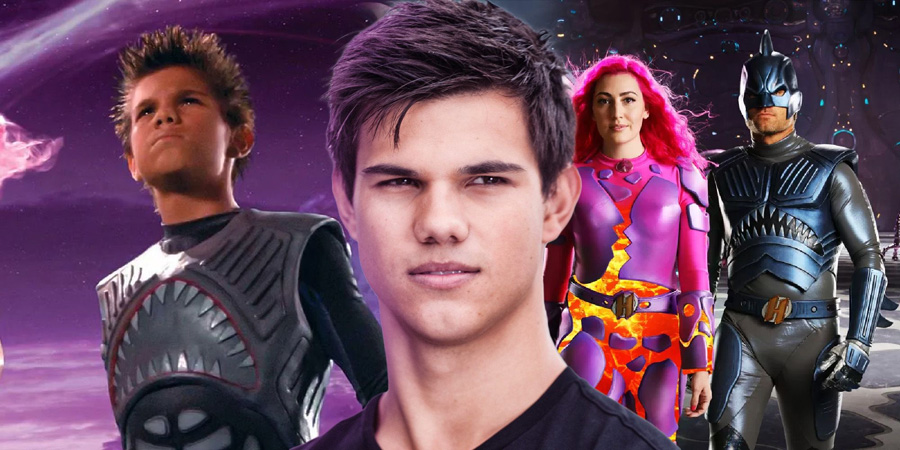 Taylor Lautner fans are not taking this news swimmingly. On Nov. 18, Netflix revealed a poster for the upcoming sequel to the 2005 family adventure movie The Adventures of Sharkboy & Lavagirl, which starred the then-young Twilight alum as Sharkboy. The new film, titled We Can Be Heroes, sees the return of original Lavagirl Taylor Dooley, whose character shares daughter Guppy (played by Vivien Lyra Blair) with Sharkboy. Except, as made evident by the poster, Sharkboy looks a little different this time around. Instead of Lautner reprising his role, it’s actor JJ Dashnaw who wears the fins.

Why, exactly, Lautner did not return to the franchise is unclear, but one thing is obvious: Fans aren’t happy about this Sharkboy imposter. Shortly after news was announced, Lautner’s name began trending on social media.

“first of all, there should have never been a sequel to sharkboy and lavagirl bc it will NEVER compare to the original,” one fan wrote on Twitter. “and second, THERE IS NO TAYLOR LAUTNER?? that ain’t gonna fly, sir.”

Another added, “I’m sorry but Taylor Lautner will always be THE sharkboy and Netflix should’ve done everything possible to get him out of the cave where he’s hiding. I want my full 2005 nostalgia experience!”

A third wondered if it was Lautner who turned down the role, writing, “Now what was taylor Lautner doing that was so important he couldn’t help us relive our childhoods for a second.”

While Lautner’s absence is certainly sad for OG fans, the film boasts plenty of other big names. Pedro Pascal, Christian Slater, Boyd Holbrook and Priyanka Chopra-Jonas are set to play members of a superhero team called the Heroics. Their kids, who are coming into their own powers, are forced to save their parents after the Heroics are kidnapped.

We Can Be Heroes hits Netflix on New Year’s Day.