Speaker National Assembly on Thursday stressed for a common strategy to counter growing trend of Islamophobia in the western world. The Speaker also stressed for interfaith dialogue to bring harmony and tranquility amongst the religions.

The speaker was talking to Ambassador of Egypt to Pakistan Tarek Mohamed Dahroug who called on him in Parliament House, today. Speaker Asad Qaiser said that unity among Muslims is essential for the solution of the problems presently faced by the Ummah. He underlined the need for adoption of a common strategy by the Muslim Ummah to eradicate Islamophobia. He termed the growing trend of Islamophobia, a threat to world peace. He said that utterance of blasphemous remarks and publication of caricatures in France has hurt the feelings of the entire Islamic world. He also stressed the urgent need for Dialogue between religious scholars for the promotion of inter-faith harmony for lasting peace in the world. The Speaker also invited President of Al-Azhar University, Egypt to visit Pakistan.

The Speaker said that relations between Pakistan and Egypt are based on strong foundations of religion, brotherhood, culture and history. He said that Pakistan seeks to strengthen bilateral ties through promotion of parliamentary and economic ties. He termed Parliamentary diplomacy an apt mode play in promoting bilateral relations between the two brotherly countries. The Speaker said that it was heartening to note that Pakistan and Egypt share a common position on important regional and global issues and vowed to maintain the cooperation in future at all multilateral forums. He also stressed the need to further enhance cooperation with Egypt for economic development and regional development. He noted that countries have ample opportunities to increase the volume of bilateral trade. 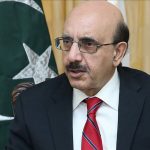 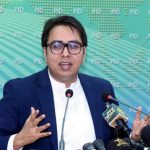 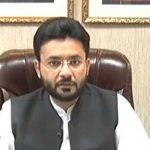