Pakistan will do whatever possible to reduce Afghan violence: PM Imran

Prime Minister Imran Khan today (Thursday) has asserted that Pakistan will do whatever is possible to help reduce violence in Afghanistan and establish durable peace. 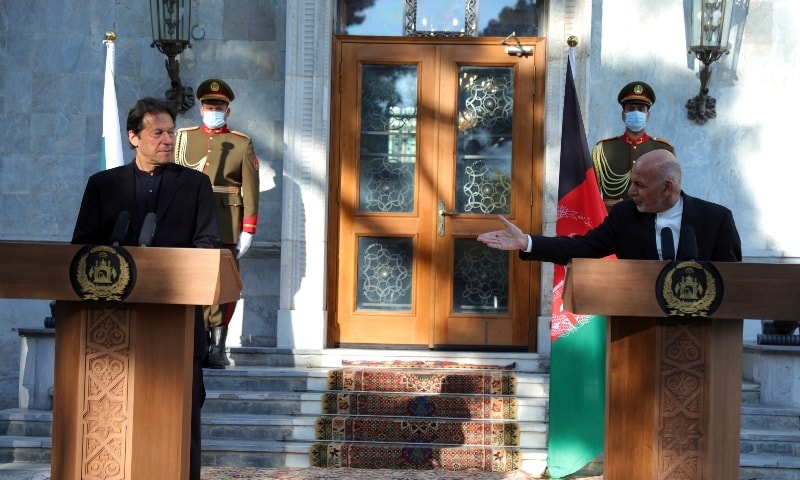 PM Imran and Afghan President Ashraf Ghani in a joint press stake-out at ARG Presidential Palace reaffirmed their commitment towards taking urgent steps leading to the restoration of peace and stability in Afghanistan.

han said Pakistan has played its role to getting the Taliban in Afghanistan’s dialogue, adding that “despite the talks, violence has increased in Afghanistan.”

“We are assuring you that we will do more than your expectation,” Khan assured President Ghani.

“Pakistan is a country after Afghanistan that interest more in peace in Afghanistan,” he said.

“The whole idea to coming at the time that violence is increasing here is to show you Mr President that we, the people of Pakistan and the government of Pakistan, have only one concern what you are feeling. We want peace for people of Afghanistan which are suffering in the past four decades,” Khan said.

Neither of the leaders addressed this week’s announcement from Washington of an accelerated U.S. troop withdrawal from Afghanistan, which has rattled both sides in the Afghan conflict. There are fears of worsening violence and regional chaos, which some say could embolden the local Islamic State group’s affiliate to regroup and perhaps even try to build another “caliphate.”

Under an earlier deal between the U.S. and the Taliban that outlined a gradual pullout, the remaining U.S. forces were to leave Afghanistan by next April. The Pentagon now says some 2,500 troops will leave by January, just days before President-elect Joe Biden’s inauguration, leaving another 2,000 or so U.S. forces in place.

Pakistan has been applauded by Washington and Kabul for its role in getting the Taliban to the peace table, first in direct talks with the United States, which resulted in an agreement that led to the so-called intra-Afghan negotiations now underway in Doha.