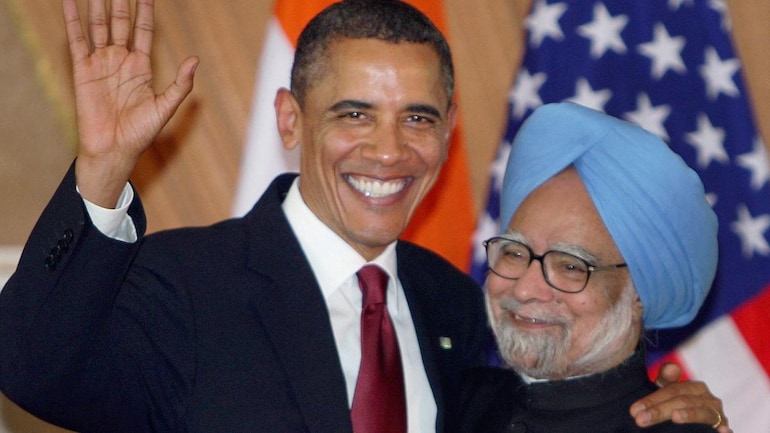 A lawyer in Uttar Pradesh’s Pratapgarh has filed a civil suit against former US President Barack Obama’s latest book ‘The Promised Land’ in which he has mentioned Congress leaders Rahul Gandhi and Manmohan Singh. The lawyer has demanded an FIR be lodged as the book “insults” the leaders and hurts the sentiments of their followers.

Gyan Prakash Shukla, national president of All India Rural Bar Association, has filed the civil suit in Lalganj Civil Court. The case has been scheduled for hearing on December 1.

The lawyer has alleged in his petition that what Obama has said about Manmohan Singh and Rahul Gandhi is humiliating and an attack on the sovereignty of the country.

He has claimed that there are millions of supporters of these leaders and they feel hurt by the remarks made in the Obama book. The lawyer has also said that if the hurt followers of the Congress leaders take to the streets to protest against the book, it might lead to chaos, so an FIR should be lodged against Obama.

If an FIR is not lodged, the lawyer has said will go on a fast outside the US embassy.

What’s in the Obama book about Manmohan, Rahul?

Talking about former Prime Minister Manmohan Singh, Barack Obama has said in his memoir that Sonia Gandhi picked him to be the PM because he posed no threat to her son Rahul Gandhi, whom she was grooming to be her heir.

Obama has remembered Manmohan Singh as a “man with uncommon wisdom” and he has also mentioned that Singh owed his position to Congress chief Sonia Gandhi.

About Rahul Gandhi, Obama has written, “Rahul Gandhi has a nervous, unformed quality about him, as if he were a student who’d done the coursework and was eager to impress the teacher but deep down lacked either the aptitude or the passion to master the subject.”