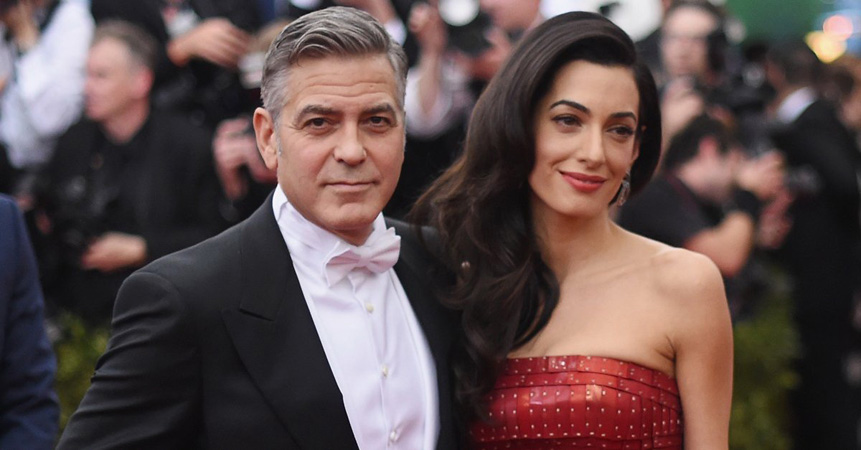 American actor George Clooney and his British wife and barrister Amal Clooney are one of the most sought-after couple around the world.

During a recent interview for GQ’s Icon of the Year issue, the Ocean’s Eleven actor, 59, got candid about his love life and how it changed him completely when Amal entered the picture.

“I was like, ‘I’m never getting married. I’m not gonna have kids,” he said referencing his thoughts after he got divorced with his first wife, Talia Balsam.

“I’m gonna work, I’ve got great friends, my life is full, I’m doing well. And I didn’t know how un-full it was until I met Amal. And then everything changed. And I was like, ‘Oh, actually, this has been a huge empty space,’” he continued.

He went on to say that he was changed as a person through marriage “because I’d never been in the position where someone else’s life was infinitely more important to me than my own. You know? And then tack on two more individuals, who are small and have to be fed.…”

The couple became parents to twins Alexander and Ella back in 2017.

Amal also spoke about how the Hollywood star completely changed her life after she met him.

Speaking about how they fell in love, Amal told the publication: “It felt like the most natural thing in the world. Before that experience, I always hoped there could be love that was overwhelming and didn’t require any weighing or decision-making.”

She continued, saying love is “the one thing in life that I think is the biggest determinant of happiness, and it’s the thing you have the least control over. Are you going to meet this person? I was 35 when I met him.”

“It wasn’t obvious that it was going to happen for me. And I wasn’t willing or excited about the idea of getting married or having a family in the absence of that.”