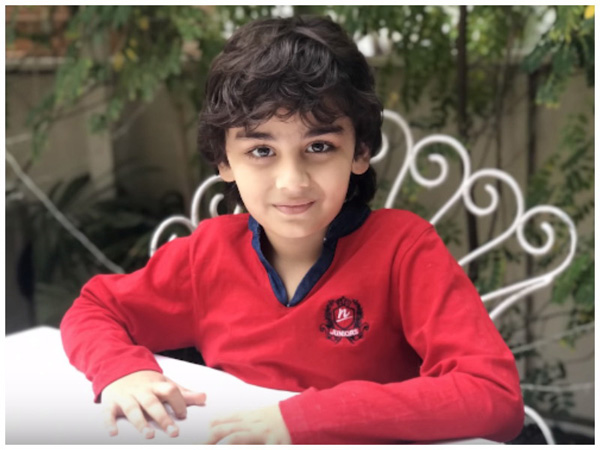 Child actor Shees Sajjad who gained countrywide fame and acclaim for his performance in the record breaking drama serial ‘Meray Pass Tum Ho’ is ready to enthrall audiences yet again but this time around, it’s for the silver screen.

The child prodigy will be seen working in Yasir Akhtar’s directorial debut at the box office titled ‘Rang DoRangi’, shooting of the feature film is currently underway in Karachi, said a press release.

Yasir Akhtar is a famous Pakistani-British filmmaker, singer, songwriter, actor, director and producer. Akhtar also owns a film production company called Pegasus Productions. The movie is penned by Saqib Sameer who himself is a highly regarded actor and playwright who is credited with writing a hit-movie titled ‘Mehrunisa V Lub U’ in the recent past.

Shees’s role in the movie is pivotal to the plot and he will be seen playing an interesting yet naught child in the movie.

The film’s plot revolves around a fun family in which Nimrah dons the role of a talkative girl called Ayesha, she is a bold and truthful human being with no filter between her heart and her mouth.

Ayesha’s mother moves to Karachi from Larkana and wants her daughter to forcibly marry her brother’s son. Fed-up with the constant pressure Ayesha decided to run away from her home with the help of her friend Sadia.

Ayesha is then gradually introduced to the character being played by Yasir Akhtar who she happens to fall in love with Akhtar talking about his directorial venture said that the movie was bound to leave the viewer in fits of laughter, he expressed resolve to run the film in local and international cinemas.

Akhtar said that he aims to bring the public back to the cinemas with the release of his movie and has taken the onus of introducing Shees Javed to cinema-going audiences who is destined to become a future superstar for Pakistan.