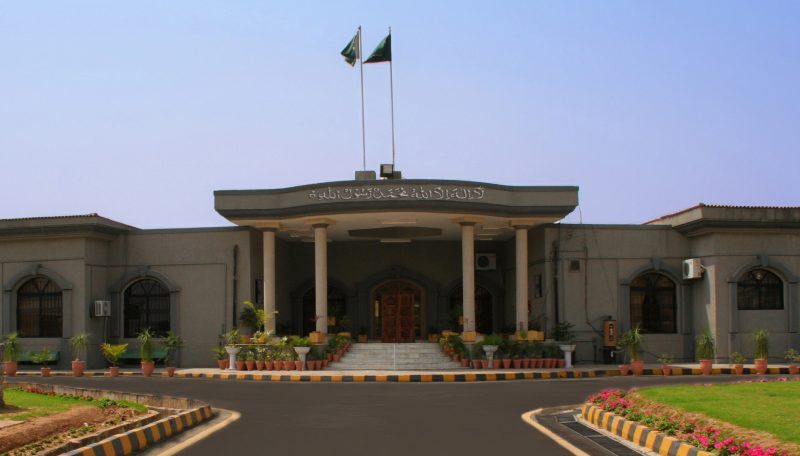 The Islamabad High Court (IHC) on Wednesday disposed of a petition challenging an order by the National Command and Control Centre (NCOC) imposing restrictions on holding indoor events.

IHC Chief Justice Athar Minallah took up a petition filed by the Islamabad Marquee Association. During the course of hearing, the chief justice said enforcing standard operating procedures (SOPs) for curbing the spread of the virus was not the responsibility of the people. “This is a question of people’s lives,” he remarked.

Justice Minallah said that the country’s more than 7,000 death toll was not due to coronavirus but due to ignoring the responsibilities of controlling the spread of the pandemic.

Justice Minallah also came down hard on the deputy attorney general. “A representative from the NCOC had been summoned for the hearing. Where is he?”

Appearing before the court, Attorney General Khalid Jawed Khan said the government was aware of the current coronavirus situation and the people’s health was of utmost importance.

The IHC chief justice also commented on the recent election in Gilgit-Baltistan and said what took place in the region was “discriminatory behavior”.

“Influential people are still cared for but the poor are made to come out in public for rallies during the pandemic.”

Mentioning the death of Peshawar High Court (PHC) Chief Justice Waqar Seth from Covid-19, Justice Minallah said, “We have a lot of expectations from our Parliament. Fifty million people died because of the Spanish flu. No one knows whether or not they are the next victim of Covid-19.”

The premier may have access to better health facilities but not the rest of the people, he said, observing that the PM had postponed his next rally. “The premier should be an example for others,” the judge added.

Justice Minallah said the decisions made by the national body should be trusted. “A national institution has made the decision [to ban indoor events], the court cannot raise a question on this.”

He added that these were extraordinary times and no one knew what the future would hold. “These gatherings can also happen in the future,” he said, referring to indoor events.

However, he told the attorney general to consult with marquee owners before taking such decisions.

The petition had included as respondents the special assistant to the prime minister on health, secretary national health services, deputy commissioner along with NCOC’s deputy director (operations) as respondents.

The government decided to ban indoor activities in marquees in a bid to prevent the spread of Covid-19, the petition had said, adding that the notification issued in this regard was malafide. Representatives of the association had requested the court to set the order aside.

The notification by the government was issued on November 6, directing marquees to refrain from arranging marriage ceremonies to prevent the spread of Covid-19 as cases throughout the country are on the rise.