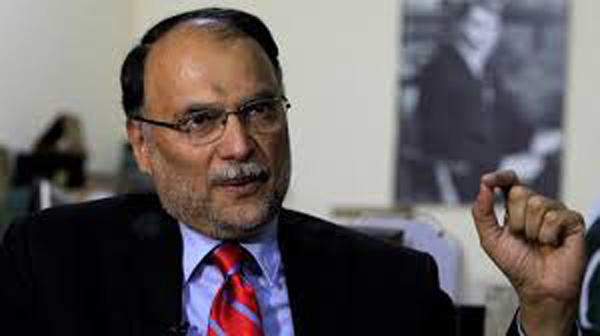 NAB Rawalpindi has filed a reference against Ahsan Iqbal, former minister for planning, development & reforms, and others in Accountability Court, Islamabad.

The reference has been filed in connection with Narowal Sports City project in which accused Ahsan Iqbal misused his authority to illegally enhance the scope of project from Rs 34.75 million to Rs 2994 million approx.

As per record, Narowal Sports City (NSC) formerly known as Sports Stadium Narowal was initially conceived in 1999 on the directions of accused Ahsan Iqbal without any feasibility study. The project was initially approved at the cost of Rs 34.74 million by the Central Development Working Party (CDWP) headed by accused Ahsan Iqbal. In th same year i.e. 1999, accused Ahsan Iqbal illegally directed Pakistan Sports Board (PSB) and NESPAK to enhance the scope of the project. Accordingly, the scope was enhanced as per the said directions and resulted in enhancement in the cost of the project to the tune of Rs 97.52 million.

Accused Ahsan Iqbal not only enhanced the scope of the project but also personally indentified land for NSC project and provided specific Khasra Nos. to the PSB to acquire the land identified by him. The project was shelved in the year 1999 by the PSB on the directions of M/o PD&R, on the grounds that the NSC project did not have the requisite weight-age with respect to economic necessity. The project was again started in year 2009 and approved at the cost of Rs 732 million approx. However, the project was devolved to Govt. of Punjab in 2011 after the 18th constitutional amendment.

When accused Ashan Iqbal took over the charge of Minister PD&R in 2013, He illegally directed officials of his ministry to include NSC project in PSDP 2013-14 which was not included in draft PSDP 2013-14 as it was a devolved project and was also reflected in Annual Development Program (ADP) 2013-14 of Govt. of Punjab. Ahsan Iqbal by misusing his authority hijacked the provincial project in violation of 18th Constitutional Amendment and CCI decision dated 28.04.2011 with ulterior motives and made huge wasteful expenditure from federal government exchequer.