* CM says a number of roads, parks, sewage and water supply schemes will be started under the package besides improving health and educational facilities 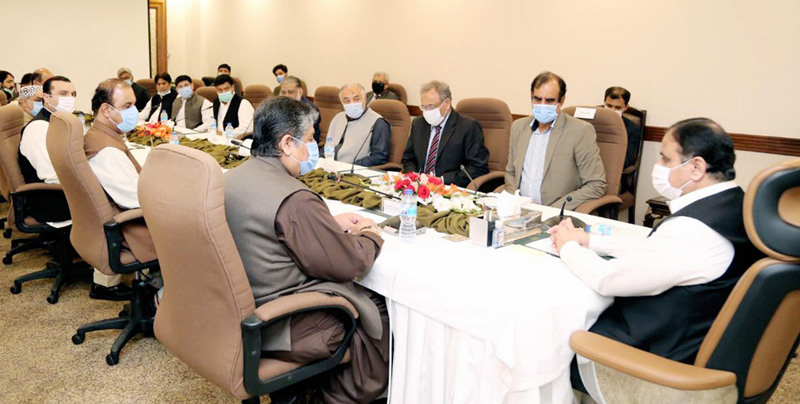 The CM said a host of facilities including roads, parks, sewage and water supply schemes will be started under this package and health and educational facilities will also be improved to promote the quality of life. We welcome Prime Minister Imran Khan to Faisalabad which is called ‘the Manchester of Pakistan,’ the CM added. Prime Minister Imran Khan has inaugurated a model police station and Kashmir underpass project.

The CM reiterated that composite development is the manifesto of the PTI and Punjab has taken the lead in creating ease of doing business. The business activities are going on in full swing in the province. He said 12 cement factories were working in Punjab before the PTI government. The incumbent government has issued NOCs to five cement factories and 16 more factories will be issued no-objection certificates till December, he said. Similarly, the CM said the Punjab government has approved 13 special economic zones while notification of 7 special economic zones has been issued by the federal government.

The CM said new model police stations are being established in different parts of the province and land of 101 police stations is also transferred to the police along with the provision of 600 new vehicles. The government has approved ten thousand recruitments in the police department, he added. The public problems will be solved and the development package is the right of the citizens which has been given to them by the PTI government. The new Pakistan is being formed and everyone will witness the making of a new and prosperous Pakistan, he added.

A delegation of All Pakistan Mines and Minerals Association led by its president Mir Behroz Reki Baloch called on Chief Minister Punjab Sardar Usman Buzdar at his office and thanked him for taking timely decisions for the solution of their problems. You have taken timely steps to solve the problems and this would boost the mines sector, they added.

The CM said that an in-principle decision has been made to lift the ban on coal mines’ lease. Similarly, the cabinet has also, in principle, approved to lift the ban on renewal of mines lease. Meanwhile, different options will be reviewed for brick-kilns, including the adoption of zigzag technology, to promote environment-friendly technology. He directed the secretaries of mines and environment departments to submit a report about the use of alternate technology for brick-kilns. The mining sector will be extended full support by the provincial government as minerals potential can help boost the economy. Meanwhile, the government has taken steps to overcome smog as it has emerged as a major environmental issue, he added. Secretaries of mines & minerals and environment protection departments, DG mines and others were also present.

Chief Minister Punjab Sardar Usman Buzdar has appealed to the citizens to follow SOPs to remain safe from the second corona wave. In a statement, he appealed to the citizens to wear facemasks while going outside. The government is monitoring the corona situation on a daily basis and every step will be taken to protect the people. People should also observe necessary precautions and adopt social distancing, he added.

Punjab Chief Minister Sardar Usman Buzdar has expressed deep sense of sorrow and grief over the loss of precious human lives due to collapse of a roof in a marriage ceremony in Para Chinar and expressed heartfelt sympathies and condolence with the bereaved family members. The chief minister prayed for the early recovery of the injured. He said that Punjab government is equally share the grief of the heirs of deceased.