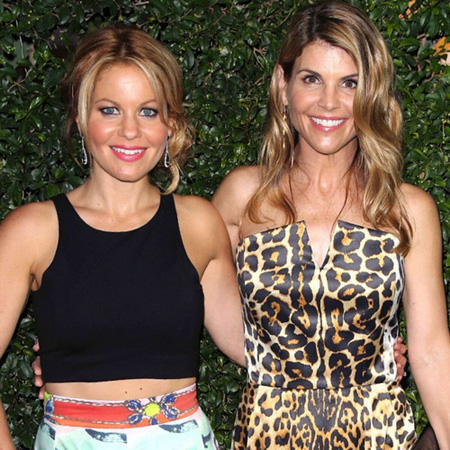 Fuller House fans are finally getting to see how Lori Loughlin said goodbye to her castmates.

The actress, who played Aunt Becky on the original Full House and the reboot, exited partway through filming Fuller House season five amidst her involvement in the infamous college admissions scandal.

On Sunday, Nov. 15, Fuller House actress Candace Cameron Bure revealed a note signed by “Lori” along with a bouquet of pink roses. The 56-year-old appeared to write to Candace to congratulate her after the series finale, which was taped following her own departure.

It read, “Dearest Candace, Congratulations on a great run! Have a fabulous last week. I love you and miss you.” Candace portrayed D.J. Tanner-Fuller from 2016 to 2020, though Lori last appeared on the reboot in 2018.

Candace posted several behind-the-scenes moments to celebrate the one year anniversary of wrapping Fuller House. She wrote on Instagram, “One year ago today, we said our final goodbyes to Fuller House. 5 amazing seasons filled with love, laughter and a few tears. I miss you all so much!”