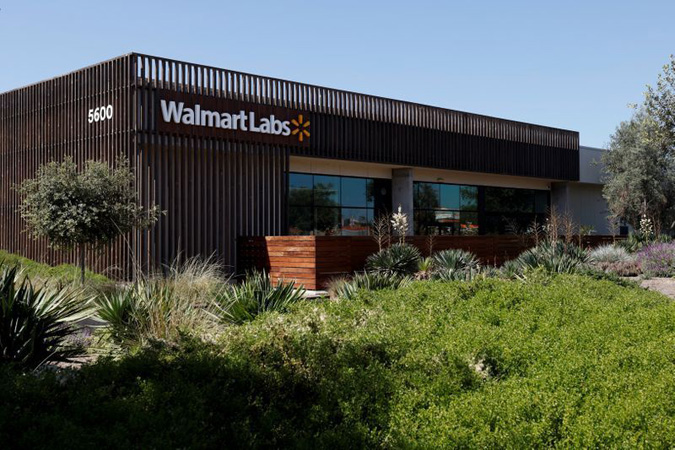 Walmart Inc posted a bigger-than-expected increase in quarterly same-store sales and beat expectations for profit on Tuesday amid a 79% surge in its online business with overall rises in spending on electronics, sporting goods and groceries.

Sales at U.S. stores open at least a year rose 6.4%, excluding fuel, in the third quarter ended Oct. 31. Analysts had estimated an increase of 4.16%, according to IBES data from Refinitiv.

The surge in demand for essentials at Walmart seen at the peak of the coronavirus lockdowns has carried into the second half of the year, with consumers relying on its same-day delivery options and store pick-up services to buy everything from groceries to sneakers.

“We think these new customer behaviors will largely persist and we’re well positioned to serve customers with the value and experience they’re looking for,” Chief Executive Officer Doug McMillon said in a statement.

The COVID-19 pandemic has also forced retailers to drastically rethink how they do business during the key holiday season, with many big retailers including Walmart, Kohl’s , Target, and Best Buy moving their promotions up to as early as October.

Despite a slow start to the back-to-school shopping season, which typically begins in July, Walmart said it benefited later in the quarter from the delayed start.

Walmart said on Tuesday it incurred about $600 million in additional COVID-19 expenses that included higher wages for warehouse workers and bonuses for store employees, as well as spending more on keeping its facilities clean. The retailer had recorded about $1.5 billion in such expenses in the prior quarter.