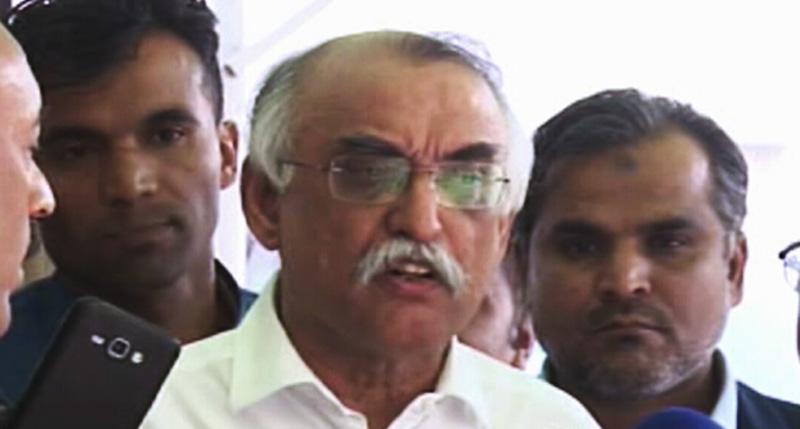 In series of tweets, the former FBR chairman said, “What Maulana Fazlur Rehman and PDM (Pakistan Democratic Movement) said before the press is completely incorrect. My respect for Imran Khan increased many times after working with him. He is great leader and a warrior against status quo. I respect and salute him.”

Zaidi contended that contrary to such false claims, Imran Khan had never stopped him from taking any action rather he fully supported him. “I reiterate that IK supported me in all my actions. We all should come forward in helping him for eradicating Mafias in this country,” he added.

Clarifying his position further, Zaidi said that no government before Imran Khan had the courage to take on undocumented retail sector, middlemen and many others. “How much agricultural income tax is paid. Does it reconcile with their wealth statement?” he added.

The former FBR chairman said that he had also assisted Imran Khan during the hearing of Panama case. “I assisted him during Panama case hearing. I also gave a bold opinion to the effect that Maryam Nawaz is not a dependent of MNS (Mian Nawaz Sharif) for tax. My support to IK is now multiplied by 100 percent,” he further tweeted.

Last week, Shabbar had posted a message in two business-related WhatsApp groups where he opened up about the corruption of billionaire MNAs, terming it ‘state-sponsored corruption’.