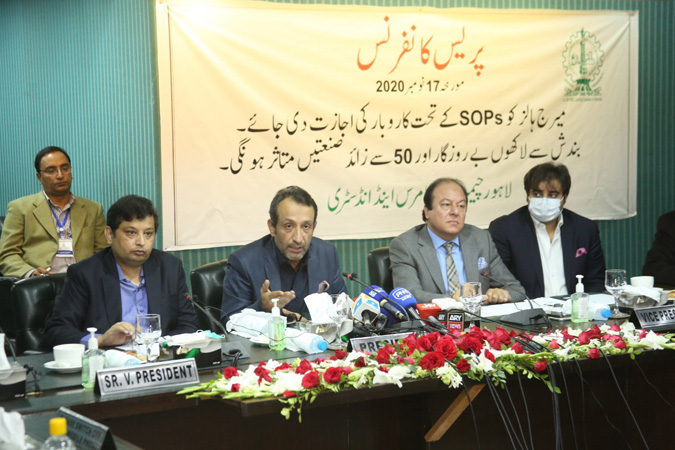 The Lahore Chamber on Tuesday urged the government to review Marriage Halls closure decision to save more than 50 industries and jobs of millions of workers.

They said that closure of marriage halls would not be a big blow to this industry but would also put the employment of millions of workers on stake. Government must reconsider the decision to shut marriage halls from November 20th. “It would be a chain reaction as more than 50 allied industries would be affected badly therefore, government should withdraw the decision of Marriage Hall closure in the larger interest of economy.”

They said that the marriage halls sector contributes substantially to the GDP of Pakistan. Closure of banquet halls and Marquees impacts more than 50 allied industries including poultry, rice, meat, cooking oil, flour, fruits/vegetables, crockery, clothing, shoes, cosmetics, decoration, furniture, electronics/lighting, photography, wedding cards and jewelry etc. Around 20% revenues of the food Industry in Punjab are cognizant upon the operations of Marriage Halls.

They further said that State Bank of Pakistan had introduced a temporary Finance Scheme for the payment of salaries and wages of the labour but owners of Marriage Halls were not accommodated while SBP has demanded extra security from the Marriage Hall owners and Caterers to apply. They should be facilitated in this regard on easy conditions. They mentioned that catering sector was purchasing rice of worth one billion per month from the millers and closure of marriage halls would not only cause huge loss to the rice industry but to the farmers as well.