An agreement has been reached between the government and the religious party Tehreek-e-Labbaik Pakistan, which has been staging a sit-in at Faizabad, after which the sit-in has been called off. 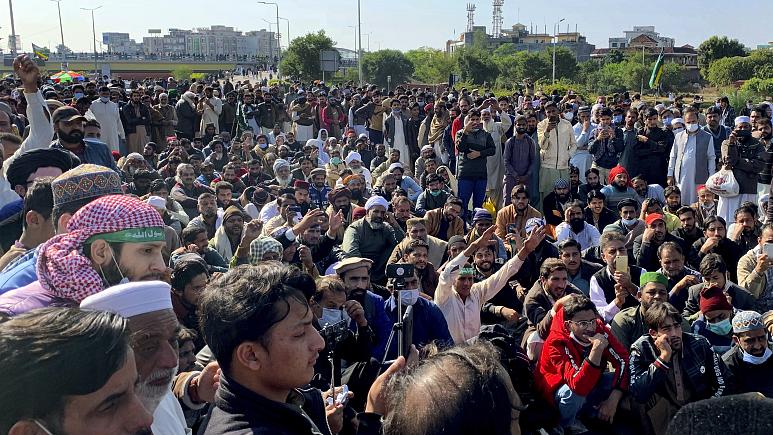 The government and Tehreek-e-Lubaik Pakistan agreed on the following four points through mutual consultation.

Key points of the agreement:

More than 1,000 protesters blocked a major highway in the Pakistani capital, Islamabad, demanding the expulsion of the French ambassador and end of diplomatic ties with the European country over perceived Islamophobia.

Protesters from the far-right Tehreek-e-Labbaik Pakistan (TLP), a hardline religious political party that has campaigned on the issue of curbing blasphemy against Islam, blocked the city’s main Faizabad interchange on Monday, a day after violent clashes with the police.

Riot police were deployed to guard government buildings across the capital, with authorities using shipping containers to block important roads around the sit-in site.

Mobile phone services remained blocked for a second straight day across most of the city, as authorities attempted to disrupt the protesters’ ability to organise. Most Pakistani news media did not cover the protest.