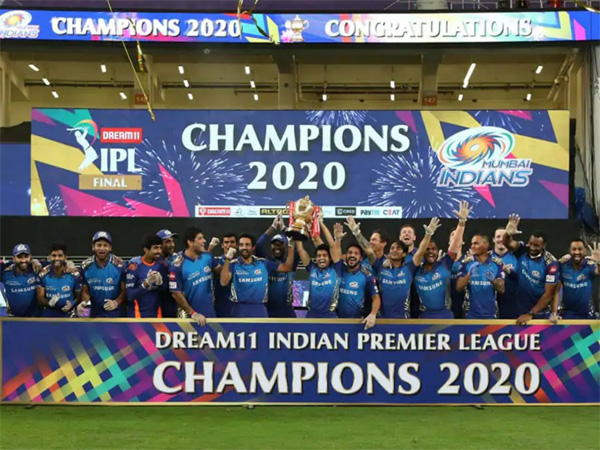 NEW DELHI: The robust appeal of the Indian Premier League (IPL) was once again highlighted this year after the world’s richest Twenty20 league escaped the economic aftermath of the COVID-19 pandemic with only a few minor scratches. The Indian cricket board’s (BCCI) league, which has an estimated brand value of $6.8 billion (5.1 billion pounds), drew record television and digital viewership and at least one of its franchises even grew its revenue despite the league being first postponed and then shifted to the United Arab Emirates following the coronavirus surge in India. Cancelling the whole tournament would have left a $536 million hole in the pocket for the world’s richest cricket board, which rarely shares financial numbers about the league.

So the IPL’s eight franchises were ushered into a bio-secure bubble in August to play 60 matches across three venues, all behind closed doors. Mumbai Indians claimed a record fifth IPL title in Tuesday’s final, but it was a victory for Brand IPL too. “It’s been a great success given the current scenario globally,” BCCI treasurer Arun Singh Dhumal told Reuters. “Everybody had their fingers crossed whether we’d be able to pull it off.” Starved of live cricket action for nearly nine months, the world’s second most populous nation sat glued to television sets, lapping up every bit of action from the UAE. Board secretary Jay Shah, quoting TV monitoring agency Broadcast Audience Research Council (BARC), said that a record 200 million fans had watched the Sept. 19 opener between Mumbai and Chennai Super Kings in Abu Dhabi.

In terms of viewership, the IPL even outperformed some of the pay-per-view matches of the Premier League in Britain. BARC tweeted before the playoffs that the league had clocked seven billion viewing minutes, up 28% from last year, after the first 41 matches. “With people generally staying indoors due to the pandemic and with lack of other entertainment options due to COVID-19, viewership numbers have been staggeringly high,” Santosh N, managing partner at financial consultancy firm Duff and Phelps in India, told Reuters. “It showed why IPL is such a massive property not just in cricket, but in world sports in general.”

BCCI’s Dhumal called it the “most successful IPL ever” in terms of viewership and explained what he thought it meant for cricket’s eco-system. “I’m glad we were able to organise it successfully because when it impacts BCCI revenue, it impacts the game, it impacts the players, it impacts the state associations and creation of cricket infrastructure,” he said.

Exit VIVO, enter Dream11: None of that looked vaguely possible in March when the 13th edition of the league was first postponed because of the pandemic. A new window sprang open rather unexpectedly when this year’s Twenty20 World Cup was postponed but the league lost title sponsor Vivo, who opted out amid a growing backlash against Chinese companies in India. Fantasy gaming company Dream11 came on board, paying 50% less for the privilege, but other sponsors also kept pouring money in.

The BCCI even landed, for the first time, a title sponsor exclusively for the Women’s T20 Challenge, traditionally a sideshow to the men’s competition. Players were paid in full and among the franchises, runners-up Delhi Capitals said they had increased their 2019 revenues. “This season, we’ve managed to secure associations with 18 partners, same as last year,” chief executive Dhiraj Malhotra said. “However, we’ve also been able to procure higher individual values for deals as compared to last season so that has increased our revenues. Things would only get better from here for the league, he said.

“With its smooth conduct under such unprecedented circumstances, the IPL has inspired a lot of confidence in the market,” Delhi’s Malhotra said. Duff and Phelps’ Santosh said the league has found the right mix of glamour and quality, and the availability of free live content on over-the-top (OTT) platforms also helped. “There might have been a minor impact in sponsorship revenues for franchisees this year as the sponsors were not sure of IPL’s success,” he said. “However, with the massive success IPL has seen this year, we can expect sponsorship to be back to pre-COVID levels for next season.”