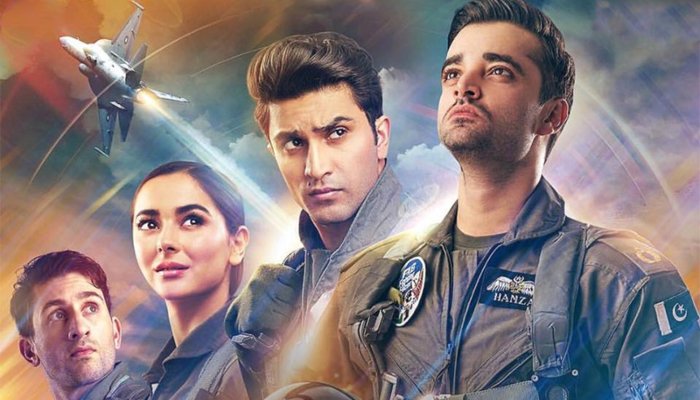 BEIJING: First time in 45 years, Pakistani film ‘Parwaaz Hai Junoon’ got premiered in China and received heaps of praises from the audiences, The News reported on Monday.

According to Gwadar Pro media, the film gained a lot of attention in China even before its premiere. 57 universities across China including Wuhan University of Science and Technology, Beijing University of Technology, Nanjing Agricultural University, Southwest University also launched online campaigns to advertise the film.

Additionally, a large number of internet celebrities spontaneously promoted the film, following which, the Chinese netizens had expressed their expectations from the film focusing on Pakistan Air Force.

On 13th, the journalists visited the Capital Cinema (SDDYY), the largest cinema in China with a history of 70 years.

The head of marketing for SDDYY introduced that Parwaaz Hai Junoon is a military film that has aroused a heated discussion among Chinese viewers.

“Compared to commercial films, this movie may not have as many gimmicks. However, it has profound significance and holds a very important place in the hearts of Chinese audience.”

In order to support the film industry of Pakistan and to pay tribute to Pakistan-China friendship, we increased the layout rate of Parwaaz Hai Junoon, he added.

“I had been looking forward to this film and it didn’t disappoint me. It proves the capabilities of the Pakistani film industry and gives the Chinese viewers a wide exposure to the Pakistani culture.

The introduction of this film before the 70th anniversary of the establishment of diplomatic relations between China and Pakistan is of great significance to the friendship between the two countries,” Hu, an audience said after watching Parwaaz Hai Junoon.

Francaise Film, a famous film critic, evaluated that the quality and industrialisation of the film is amazing. The portrayal of the characters is vivid, and easier to resonate with the audience.