Jana has found a new hobby 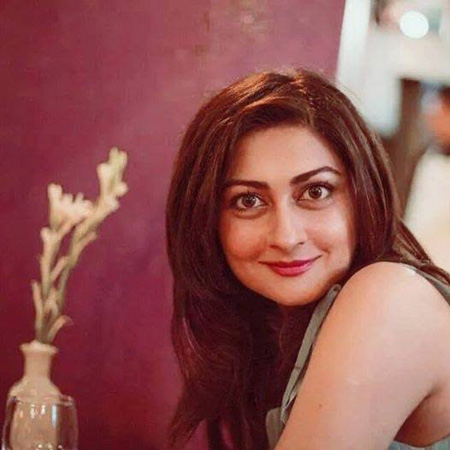 After enthralling fans with her performance on TV, actor Jana Malik has found a new hobby.

She has become a professional baker.

“I was fond of baking since childhood,” she said while speaking on morning show Naya Din.

She loves experimenting with food and make different kinds of recipes. Bakes by Jana is her professional venture where she has been exploring her passion.

“People loved my recipes. So I thought when they are praising me, I should explore this further,” she said.

Malik has inherited this passion for cooking from her mother, who advised her to get properly educated in baking as a craft. She is enrolled in Lahore’s School of Culinary and Finishing Arts and will complete her professional training in near future.

“My mother is a very good cook, but she doesn’t like cooking,” she said, adding that her mother has come up with easy to cook recipes

that can be prepared in 15 minutes, even a recipe like Biryani.

“I want to share those recipes with everyone. I plan to start my YouTube channel where I’ll be sharing baking tips and tricks, recipes, ideas and things that I have learned,” she added.

At the moment, she works on her own. “I bake all my orders on my own. I don’t like to compromise on the taste and quality of my products,” she said.

She thinks baking and cooking is like an extension for her creative talent. As an actor, she would love to do a project if it’s a good script. “The only reason I ventured out was because it had become monotonous for me. The same kind of stories, characters, even the dialogues were same.”

Mahal. She was last seen in Geo Kahani’s supernatural series Naagin as a snake-charmer.