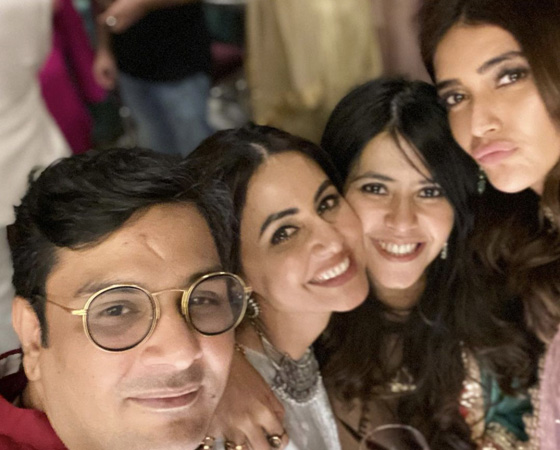 TV czarina Ekta Kapoor hosted a small Diwali party at her home last week and invited over her close friends from the TV and film industries.

The pictures from the starry night are all over social media and recently, Hina gave us some inside glimpses from the bash.

Hina said “it was a night to remember”. Hina and Mouni have been part of Ekta’s famous show ‘Naagin’ series. Both of them have made a career in Bollywood too. While Hina does TV frequently, Mouni stars in films.

Hina Khan was recently seen in the reality show ‘Bigg Boss 14’ as a ‘toofani senior’. 2020’s ‘Hacked’ marked her film debut and she followed it up with ‘Unlock’ and the short film ‘Smartphone’.

Meanwhile, Mouni’s last film was ‘London Confidential’ and she has ‘Brahmastra’ with Ranbir Kapoor, Alia Bhatt and Amitabh Bachchan coming up.