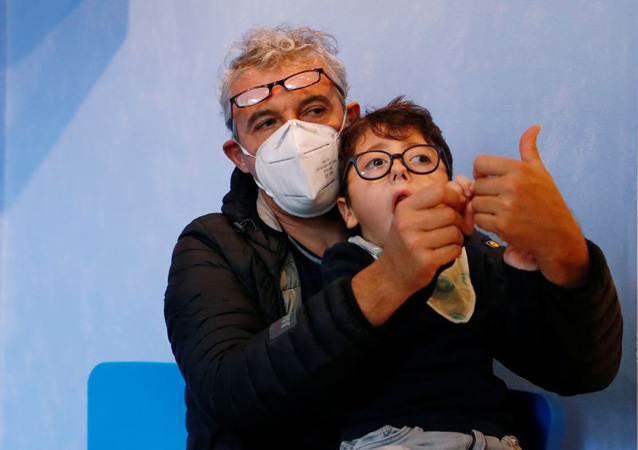 Sirio Persichetti can’t speak and can’t feed himself but the seven-year-old has taken the social media world by storm with his daily antics, proving that a disability is no barrier to inspiring others. Sirio has spastic tetraplegia, a form of cerebral palsy that affects the movement of three limbs. His mouth is permanently open, blocking him from forming words properly or swallowing. He is fed liquid nutrition through a tube in his stomach and has had a tracheotomy to help him breathe. He bears this with such resilience, vivacity and lust for life that it prompted his mother Valentina to create a website and Facebook, Instagram and Twitter accounts to chronicle his everyday life in hopes of inspiring others. She uploads heart-warming videos of him with funny anecdotes under the title “Sirio and the tetrabonds”, that have touched the hearts of people all over the world. Tetra comes from the first half of tetraplegia and bond from vagabond.