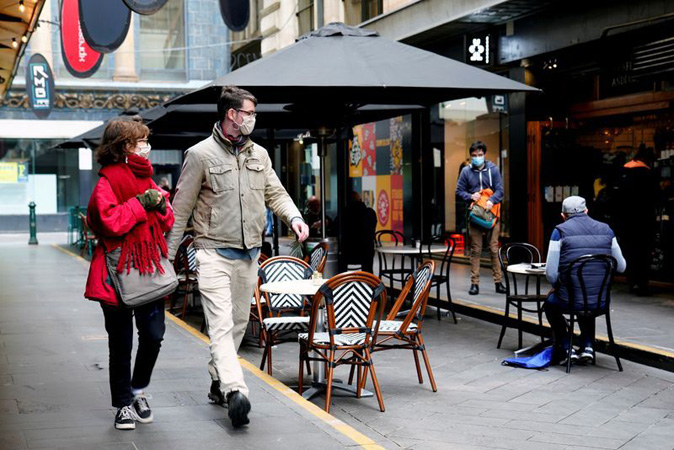 The Australian state of South Australia reported 14 new coronavirus cases on Monday from three cases the previous day, which prompted a neighbouring state to reimpose border controls and the federal government to offer help.

South Australia ended a months-long streak of no COVID-19 infections on Sunday, reporting three locally-acquired coronavirus cases after a worker from a quarantine hotel infected family members, the authorities said.

The cases raised concerns of a new outbreak.

Western Australia, which borders South Australia, said it was introducing mandatory virus testing and a 14-day quarantine for interstate arrivals, tightening its border control soon after letting in people from elsewhere in the country.

“We haven’t got the genomics yet, but I’m absolutely certain it has come from a medi-hotel,” she added, using the term for quarantine hotels.

Federal health minister Greg Hunt said he was offering a national contact-tracing system and defence force personnel to help South Australia stop the virus from spreading, and “if more is required, more will be provided”.

Australia meanwhile said it would spend A$1 billion ($726.3 million) underwriting construction of a vaccine manufacturing plant under a deal with a unit of biomedical giant CSL Ltd, guaranteeing supply of flu shots and antivenins.