China hopes CPEC initiative will prove to be a complete success 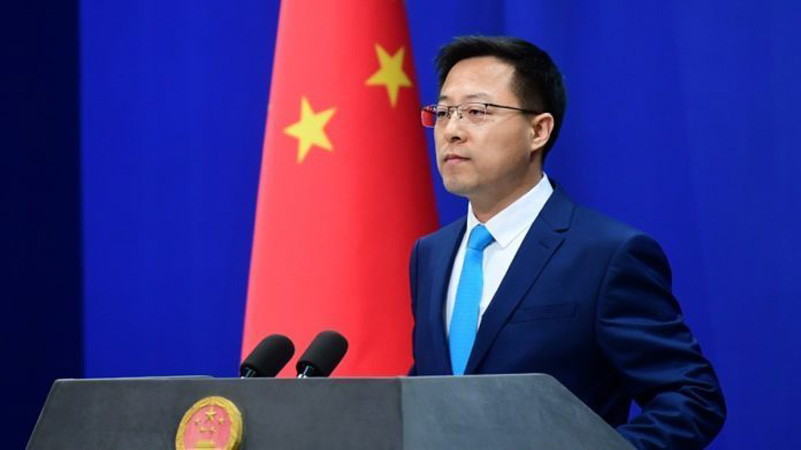 A Chinese foreign ministry spokesperson on Monday expressed the confidence that China and Pakistan could ensure success of China-Pakistan Economic Corridor (CPEC) project with the support of the international community.

“We are confident that with support of the international community, China and Pakistan can ensure the success of the CPEC,” he said during his regular briefing in response to a question about the threats of disruption of projects being completed under the CPEC framework from the terrorist networks trained and financed by India. He said the CPEC was not only important for current development of China and Pakistan but also beneficial for the regional connectivity and common prosperity.

“You mentioned the CPEC. It is an important flagship project of the Belt and Road Initiative. It is important for current development of China and Pakistan. It is also beneficial for regional connectivity and common prosperity,” he said.

Zhao said that China also believed that Pakistan would continue to take effective measures to ensure safety and security of the CPEC.

While opposing all forms of terrorism, he called on the international community and the regional countries to cooperate on fighting terrorism and safeguard collective security.

It may be mentioned here that Pakistan, recently, has shared a dossier with the international community which has incriminating evidence of India harboring, training and financing terrorist networks that not only seek to destabilize Pakistan but also the disruption of flagship project of the Belt and Road Initiative (BRI).

Meanwhile, Mahmood Akhtar, Deputy Consul General of the Consulate General of Pakistan in Chengdu, China, has said that Pakistan is situated at the confluence of many civilizations, and it’s a repository of history over thousands of years and it has everything that a tourist could experience from a tourism point of view. He said the religious tourism, adventure tourism and historical tourism in Pakistan are all potential areas that travel agencies can explore. In China, Buddhism came from Pakistan, the area is known as Taxila and Pushklawati valley. Chinese monk Xuanzang traveled there for Buddist scripture around 1500 years ago. His one dress is still in one monastery in Chengdu, according to a report published by China Economic Net (CEN) on Monday. He said, the area of Pakistan at that time was called Xitian, which means Western Paradise.

The story of Xuanzang going on a pilgrimage to Xitian for Buddhist scriptures is the origin of Journey to the West, one of China’s four classic novels, which is popular among Chinese of all ages for periods, while Chinese people hardly know that Xitian is in Pakistan.

There are also great rivers, deserts and more than 1000 kilometers unexplored seaside which is unpolluted, and you can find the sunshine throughout the year.

He said that Pakistan is a country with a population of 210 million and it has also inherited great culture and architecture from the Mughal Empire, such as the Shalimar Garden and Badshahi Mosque. There is even an older civilization which is 6000 years old.

Also, we have more than 200 to 300 ancient castles and fortresses spread throughout Pakistan.

Mahmood Akhtar also mentioned the uniqueness of Pakistan’s food. In Pakistan, we have a special combination of food that came from the Middle East, South Asia and Central Asia, including Chinese influence.

Our prime minister and our government are focusing on tourism. The facilities have already been improved and will be improved further in the northern areas and across Pakistan.

Last year, we have found that 20% to 30% of visas issued from our area alone are tourism visas. And people visiting Pakistan had great tourism experience, he added. Mahmood Akhtar said that after COVID-19, they’ll engage more with the travel agencies so that more Chinese people can travel to Pakistan.