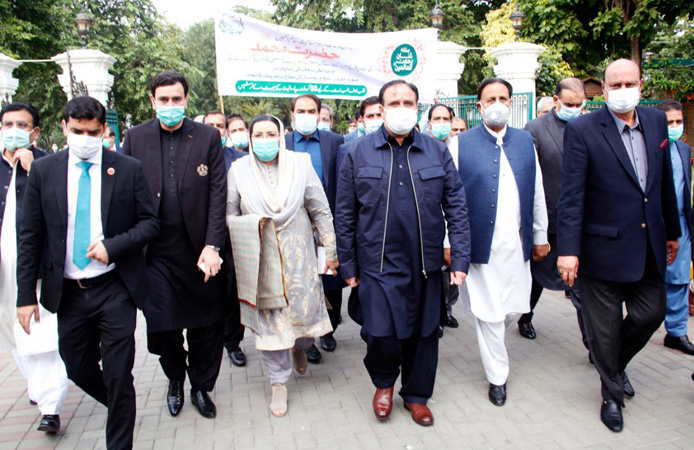 Chief Minister Punjab Sardar Usman Buzdar chaired the 37th meeting of the provincial cabinet at his office on Monday.

The meeting approved amendments and reinforcement of Punjab Overseas Pakistanis Act, 2014. The number of members will be increased from 23 to 27 and tehsil level committees will also be constituted. Approval was also granted to upgrade Emerson College Multan to the level of a university and Children’s Hospital and Institute of Child Health Lahore as the University of Child Health along with the approval of the proposed draft of the University of the Child Health. The school of postgraduate nursing, school of allied medical sciences and paediatrics school will be established under the university.

The meeting approved the amendment in section 14-A of the code of criminal procedure as well as the draft of Punjab Destitute and Neglected Children Rules, 2019 for registration of organization managing accommodation under section 20-A. The decision to withdraw section 14-A of the code of criminal procedure was approved as well. Amendment in Punjab Motor Vehicles Transaction Licenses Rules, 2015 was approved. The security fee to be charged from the unauthorised dealer with more than 10-year business experience will be equivalent to the authorised car dealer for registration. While unauthorized dealers with less than 10-year market experience will be charged double security fees compared to authorized dealers.

The meeting also decided to bring the localities outside rating areas along national, provincial highways and motorways under property tax net under Punjab Finance Act, 2019 in addition to agricultural properties. Transfer of 28-Kanal auqaf land in Sialkot to the army was approved. The meeting reviewed the Local Government Land Use Plan Rules, 2020 and directed to constitute a committee for a fresh review of land use plan rules. The terms and conditions of contract appointment of Abdul Sattar as chairman/member Punjab Labour Appellate Tribunal-II Multan were approved.

The meeting endorsed the decisions of September 21 and October 6, 2020 cabinet meetings, 41st, 42nd and 43rd meetings of standing committees for finance and development and 33rd, 34th and 35th meetings of the standing committee for legislation. Fatiha was also offered for the departed soul of the brother of Auqaf Minister Syed-ul-Hassan Shah. Ministers, advisors, special assistants, CS and others attended the meeting.

In a statement, the CM said the voters have reposed their unflinching trust over Prime Minister Imran Khan. It has also proved that PTI is the most popular party, he added. The people have stood with sincere leadership that transparently delivers to them. The CM maintained the voters have chosen the PTI because of its immaculate performance and it is also the success of the agenda of introducing change and building a new Pakistan. It proves the success of the transparent governance and voters have shown their perfervid trust over the PTI leadership, he stated. The CM stressed the negative politics of the looters has been buried and the people have shown a mirror to those engaged in useless agitation. The collusion of the opposition, aimed at saving the looted money, has also been fully rejected by the people of Gilgit-Baltistan, the CM concluded.

Chief Minister Punjab Sardar Usman Buzdar led a walk in connection with Shan-e-Rehmat-ul-Aalmeen Week at his office on Monday which was attended by cabinet members, parliamentarians, chief secretary and others. Talking to the media, the CM said it is an honour to join the walk arranged in connection with Shan-e-Rehmat-ul-Aalmeen Week.

Efforts have been made in different countries to play with the sentiments of the Muslims in the garb of freedom of expression, he regretted. Pakistan has strongly condemned all such elements at every level and decided to celebrate Shan-e-Rehmat-ul-Aalmeen Week every year in the month of Rabi-ul-Awal. In this regard, different celebrations are planned and Rehmat-ul-Aalmeen Scholarship is also being launched with an initial amount of Rs.50 crore, he said.

The CM said half the amount will be utilized for giving stipends to position-holder students while the rest of the sum will be spent on Rehmat-ul-Aalmeen Scholarships. 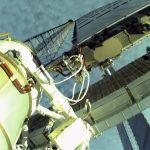 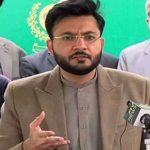