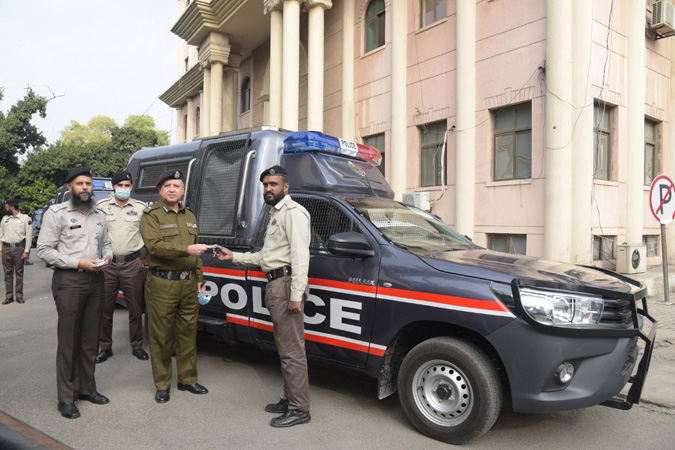 Additional IG Punjab Highway Patrol Shahid Hanif has said that Punjab Highway Patrol is fully vigilant for the protection of lives and property of passengers while after provision of these vehicles by Punjab government the process of performing professional duties will be further improved.

He further said that a total of 47 new vehicles have been provided to PHP by the Punjab government. The 5 vehicles provided in the first phase are already engaged in public service and safety duties on Lahore-Sialkot Motorway while the 42 vehicles received today have also been sent to regions and districts as per the prescribed formula and requirement. According to details, 42 new vehicles were given to Punjab Highway Patrol by the Punjab government.

On the orders of Additional IG Punjab Highway Patrol Shahid Hanif, MTO Headquarters received 42 new vehicles from MT Punjab. Additional IG Punjab Highway Patrol Shahid Hanif handed over the 42 vehicles to the regions at a function held at CPO out of which 04 to Lahore region, 04 to Gujranwala region, 05 to Rawalpindi region, 06 to Sargodha region, 06 to Faisalabad region, 07 to Multan region. Bahawalpur region has been given 05 vehicles and DG Khan region has been given 05 vehicles. These vehicles will be provided for field duty at patrolling posts in the region and will significantly improve the overall performance of the force.