Ulema must be engaged to create awareness on health matters: Alvi 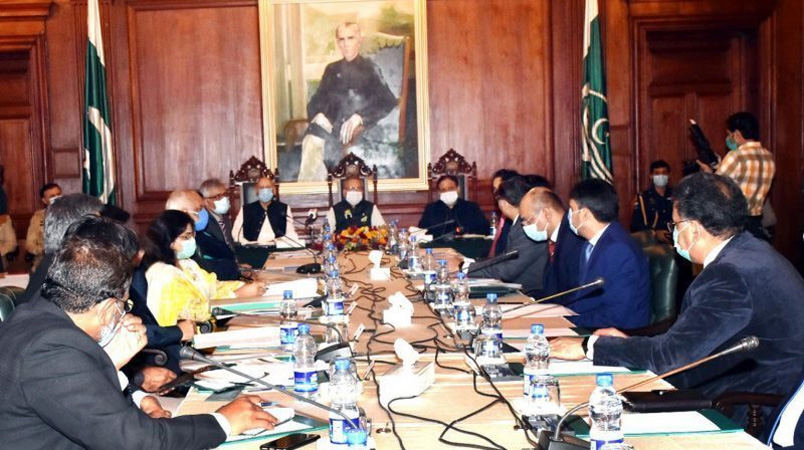 President Dr Arif Alvi said that it was highly important to identify needs as well as resources to achieve desired goals in any field.

He said this while presiding over a meeting of Population Welfare at Governor’s House here on Monday.

President Alvi said that ulema should be engaged to create awareness on important health matters such as breastfeeding, nutrition, maternal nutrition and other related matters. Dr Arif Alvi said that while dealing with population growth issue all aspects should be taken into account.

He said that media could play a vibrant role in spreading the message to control high growth of population, and appreciated that during Covid-19 pandemic media effectively created awareness among people regarding adoption of precautionary measures in order to stay safe from coronavirus.

President was briefed on initiatives related to population welfare in the meeting. During the meeting various suggestions were given for effective implementation of ideas aimed to control burgeoning population.

Meanwhile, Governor Punjab Chaudhry Sarwar called on President Dr. Arif Alvi and discussed administrative and political affairs, besides matters of mutual interest during a meeting at the Governor’s House here on Monday.

Governor Punjab felicitated the President on the success of Pakistan Tehreek-e-Insaf (PTI) in the Gilgit Baltistan (GB) Legislative assembly election 2020, adding that the victory reflected party’s popularity and people’s confidence in the policies of the PTI government.

President Dr. Arif Alvi said prosperity of the country was the top-most priority of the government, adding that the machinations of the detractors to destabilize the government will be foiled.

Dr. Arif Alvi said there was need to unite against the anti-state elements in the country, adding that the nation was united under the banner of PTI and the allied political parties.

Speaking on the occasion, Governor Punjab Chaudhry Mohammad Sarwar said the masses had rejected the narrative of disruption and anarchy during the GB election, adding that 220 million people stand beside the government’s stand-point.

Sarwar said the detractors of the government should concede election in the GB, adding that the opposition should refrain from politics of division and divide in the country.

Governor Punjab said tangible efforts were being made for reforms in the universities of the province, adding that Balochistan, GB and ex-FATA district students will not be left in a lurch.