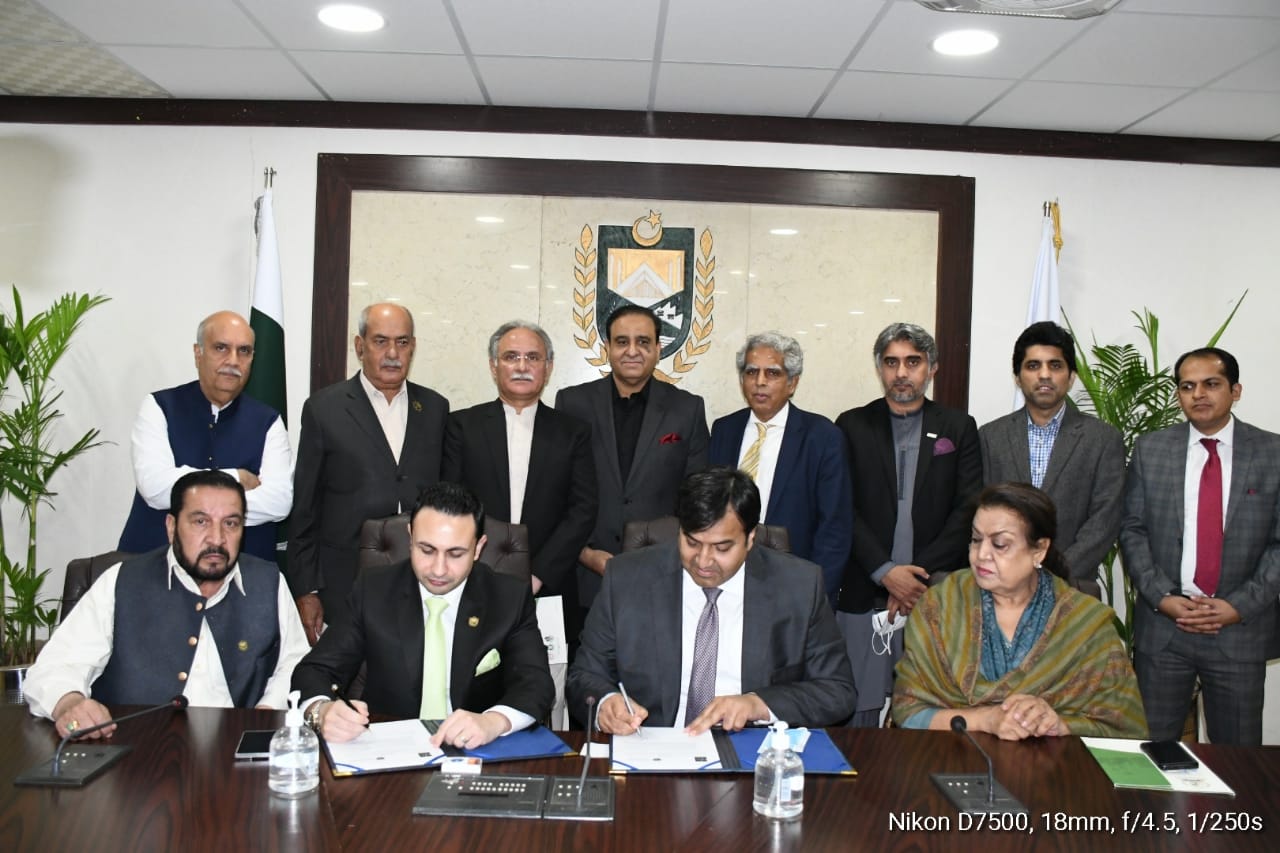 Islamabad: Mian Kashif Ashfaq, Chairman, Faisalabad Industrial Estate Development and Management Company (FIEDMC) said that his company was specialized in developing and managing industrial zones and would extend all possible support to the Islamabad Chamber of Commerce & Industry (ICCI) for the establishment of a new industrial estate in the federal capital. He announced to set up a facilitation desk of FIEDMC at ICCI to brief the foreign delegations and diplomats visiting ICCI about potential investment opportunities in SEZs of FIEDMC.
He stated this while giving a presentation about FIEDMC projects to the business community at Islamabad Chamber of Commerce & Industry. Aamir Saleemi, CEO and other officers of FIEDMC were also present at the occasion.

Mian Kashif Ashfaq stated that FIEDMC has set up M3 Industrial City at 4356 acres to house medium and large scale industries. He said that Allama Iqbal Industrial City was being set up at an area of 3217 acres for medium and large scale industries. Similarly, Value Additions City has been set up at 225 acres for SMEs. He said that FIEDMC Business Zone was being set up at 250 acres for commercial activities besides establishing CPEC & Bond to Bond model as a supply chain. He said an Agro Zone would also be set up at 1500 acres for SMEs and agro businesses.

He said that Health City, Apparel City, Light Engineering and Furniture City would also be set up in SEZs to promote industrialization. He said that FIEDMC was constructing state-of-the-art infrastructure in its SEZs and a grid station would be set up to provide 15-20% cheap electricity to industries. A shuttle train would also be launched for labour. He said that FIEDMC would set up a one window service centre to facilitate the local and foreign investors for investing in its SEZs. He said that FIEDMC SEZs were providing a 10-year tax holiday and land could be purchased with 15% deposit with rest payment spread over 4 years. He further stated that blocks of Turkish, Chinese, Asian, Saudi & European investors have also been set up in Allama Iqbal SEZ.

Speaking at the occasion, Sardar Yasir Ilyas Khan, President, Islamabad Chamber of Commerce & Industry lauded the efforts of FIEDMC Chairman for promoting industrialization, which would strengthen our economy. He said that Pakistan needed an industrial revolution to emerge as a strong economy of the region for which the government should provide full support to the private sector in setting up more SEZs in the country including Islamabad. He said that given the potential and size of the market, Pakistan could enhance its exports up to US$300-400 billion per annum, but lack of industrialization has held back the country from realizing its actual export potential. He said that industrialization was the future of Pakistan and added that ICCI was also making efforts for a new industrial estate in Islamabad for which it needed the technical support of FIEDMC. He assured that ICCI would play a role in encouraging foreign and local investors to explore JVs and investment in FIEDMC SEZs.

Ms. Fatma Azim Senior Vice President ICCI, Khalid Javed and M. Ejaz Abbasi, former Presidents ICCI speaking at the occasion appreciated the efforts of FIEDMC for setting up modern SEZs that would promote industrialization and generate employment. They stressed that the government should announce an amnesty scheme for all industries on the pattern of construction package that would bring an industrial revolution in the country, create thousands of jobs, improve tax revenue and put the country on sustainable economic growth.