Ireland’s ‘most haunted house’ is up for sale 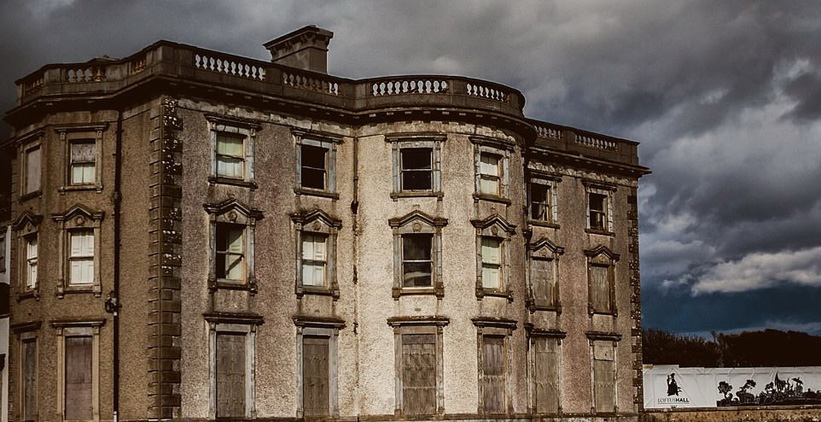 Here’s a property for sale that’s bound to spook the market – Loftus Hall, Ireland’s ‘most haunted house’. The asking price is 2.5million euros – and you can even view the rooms virtually, if you’re brave enough. The 14th-century mansion’s reputation as a spine-chilling abode dates back to the mid-1700s, when the Devil is said to have visited. According to legend, a dark stranger approached the hall, on Wexford’s Hook Peninsula, during a storm looking for shelter. He was taken in by the Tottenham family, who were living in the hall at the time, and a young Lady Anne Tottenham fell head over heels for him. However, one night during a card game, Lady Anne is said to have dropped a card on the floor and when she went to retrieve it, she noticed the stranger had cloven hoofs – a sign of the Devil – instead of feet. The hall’s website says that as soon as he realised what she saw, he shot up through the roof in a ball of flames – leaving Lady Anne in a state of shock from which she never recovered. She spent the rest of her life until her death locked in the hall’s tapestry room after allegedly going mad and her ghost is said to haunt the mansion.