* Actually, a couple of pictures were initially shared by Alia's domestic help Carol Dias on her Instagram timeline and the internet quickly spotted them 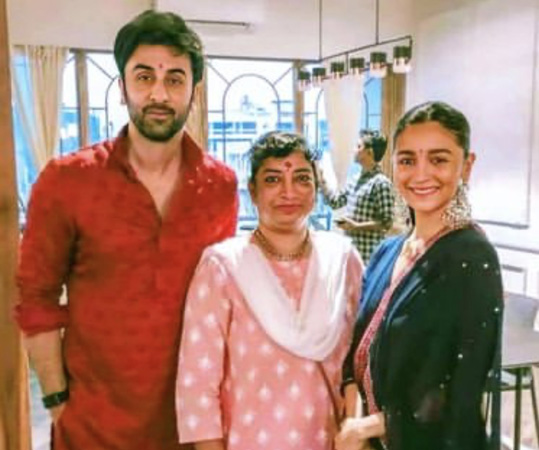 On Diwali, actor Ranbir Kapoor made sure he spent the day with his actress girlfriend Alia Bhatt. Pictures of them at Alia’s home and posing happily with her staff have gone viral on social media. The posts have been shared by a fan club dedicated to Ranbir and the account is followed by Alia herself and the actor’s mother Neetu Kapoor. Actually, a couple of pictures were initially shared by Alia’s domestic help Carol Dias on her Instagram timeline and the internet quickly spotted them. Alia looked pretty in a black anarkali and Ranbir was his dapper self in a red kurta and black trouser.

Ranbir Kapoor and Alia Bhatt have been dating since 2018. They fell in love on the sets of their work-in-progress film ‘Brahmastra’. The couple hasn’t yet spoken openly about their relationship but is often spotted together at each other’s family events and holidays.

On the work front, Ranbir has ‘Brahmastra’ and ‘Shamshera’ in the pipeline. ‘Brahmastra’ also stars Alia. Meanwhile, apart from ‘Brahmastra’, Alia has ‘Gangubai Kathiawadi’ in her kitty.